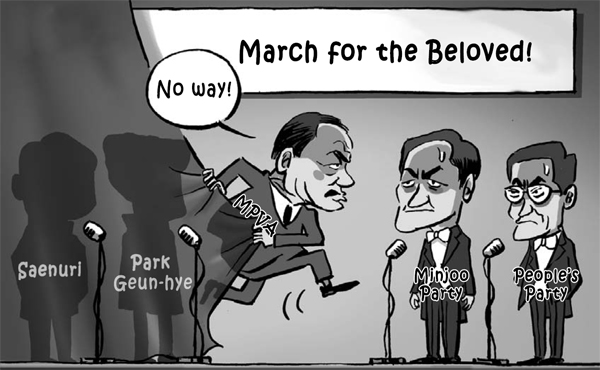 Despite President Park Geun-hye’s slight change of attitude toward the dissident song “March for the Beloved,” Park Sung-choon, head of the Ministry of Patriots and Veterans Affairs (MPVA), refuses to budge an inch on the government’s earlier position in which mass singing of the song is banned at ceremonies commemorating the May 18, 1980, Gwangju democratic uprising and massacre. [PARK YONG-SEOK]