A new twist on a historical role

A new twist on a historical role 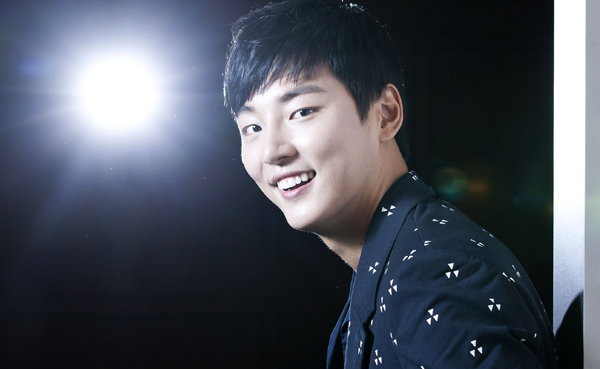 Actor Yoon Si-yoon’s personality is rare and truly positive, as highlighted recently on a recent episode of the entertainment show “Two Days, One Night.”

On the show, he showed off his sunny attitude, enjoying the whole bicycle ride he had to complete as a penalty for losing a game.

Now, Yoon is starring in the historical drama “Mirror of the Witch,” which began airing Friday on JTBC. He plays Heo Jun, a court physician of the Joseon Dynasty (1392-1910) who in 1613 published the medical encyclopedia “Dongui Bogam.”

When the JoongAng Ilbo met the actor after a late-night shoot, he looked as lively and energetic as if it were midday.

“The drama starts off from the new interpretation that perhaps his whole medical venture was sparked by his desire to protect his beloved, which explains the added fictional element that makes the drama a little different from the widely known historical account,” he explained.

Indeed, the drama depicts the historical figure very differently from other accounts of his life. It points to Heo’s relationship with the witch Seo-ri as the motivation for his feats. Born as child of a concubine who was initially a slave, Heo rises up to challenge society after meeting the witch, who leads a more unfortunate life.

“I thought to myself that Heo is a role in which I can just be me,” Yoon said. “Acting is literally being someone else. 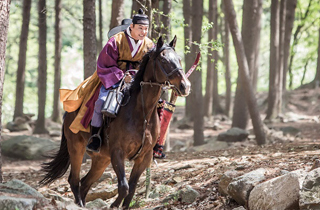 Yoon Si-yoon portrays Heo Jun, a court physician during the Joseon Dynasty (1392-1910) and author of a historic medical text, in the drama “Mirror of the Witch.” [JTBC SCREEN CAPTURE]

As ironic as it may sound, in order to pull off playing what is not really me, first I need to secure the ground on which I can stand unbridled by anything. The role of Heo Jun, I thought, would help me build that conviction in myself.”

In his rookie days, the actor earned much popularity through “The King of Baking: Kim Tak-goo” (2010), and he called that popularity “prepaid by the audience.”

“Obviously, I was overjoyed for the love that was prepaid to me,” Yoon said. “I call it ‘prepaid’ because it was more than I deserved, and much of it is still yet to be paid for with my great acting or whatever means necessary. I do not wish to be in debt, so I feel obligation.”

His professionalism and maturity can be attributed to his childhood in Suncheon, South Jeolla, and his strict upbringing.

“My parents were hard on me,” he said. “I lived with grandparents, and my parents didn’t want that to be an excuse for me to be spoiled and basically do what I want.

That’s when I started reading and ultimately became friends with books. I really didn’t have much to do in that town.”

This also explains his approach to drama roles. Yoon confessed he always draws parallels with characters from books when trying to understand drama characters.

For Kim Tak-goo, he thought of Kang Baek-ho of “Slam Dunk,” a Japanese sports-themed comic book series. For his role in the popular sitcom “High Kick” (2009-10), he looked to the character of the renowned short story “Rain Shower” (1959) by Hwang Sun-won.

“In the popular historical drama ‘Kuk-hee’ [1999], there is a scene of the young girl Kuk-hee after being scolded riding a bicycle twice her size. She becomes an adult riding on and on.

“From that plain and simple scene of her riding the bicycle, I learned that there is always hope. I hope fans will get the same kind of feeling from watching ‘Mirror of the Witch.’”