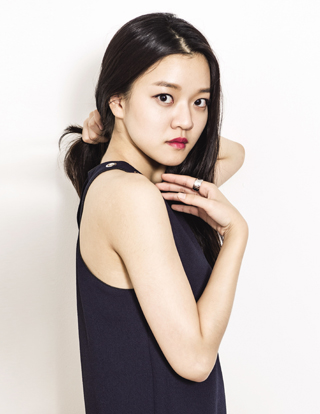 Actress Ko A-sung of “Heard it Through the Grapevine” (2015) will appear in the fourth season of the Japanese drama series “Midnight Diner,” according to her talent agency, 4Doors Entertainment.

The 24-year-old actress will pair up with Japanese actor Joe Odagiri in one episode, which depicts the friendship between a Korean woman named Ray and a Japanese physicist.

Odagiri is one of the Japanese actors with a wide fan base in Korea.

Based on the Japanese manga series of the same name, the first season of “Midnight Diner” began airing on TV in 2009, and the drama series is also popular among Korean fans.

Set in a small diner in the back alleys of Tokyo, the drama depicts how all sorts of people, from a rank-and-file office worker in his 40s to a young woman who broke up with her boyfriend, get comfort from food at the late-night diner.

The newest season of “Midnight Diner” already finished filming in Japan, and the production team recently landed in Seoul to film the episode featuring Ko.

“Ko prepared a lot for the drama series,” the agency said in a press release. “She learned how to speak Japanese, and she also practiced cooking omurice [fried rice wrapped in egg].”

Ko began acting at the age of 12 and stole the spotlight in the blockbuster film “The Host” in 2006. Since then, she has been doing a wide range of films and dramas, from thriller to melodrama.