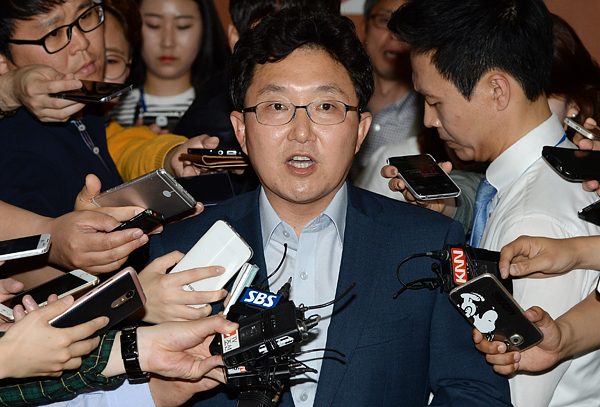 Rep. Kim Yong-tae of the Saenuri Party expresses his intention to give up his appointment as head of the innovation committee out of frustration at the National Assembly Tuesday. Kim’s announcement came after the Saenuri failed to hold two meetings of its senior members; one to form an emergency committee, which was to be led by floor leader Chung Jin-suk, and one to form an innovative committee to be led by Kim, who was tabbed to bring about reform-minded measures to the party. The Saenuri Party saw an embarrassing defeat in the general election last month and will be outnumbered by the Minjoo Party of Korea by one seat in the National Assembly, which begins on May 30. [NEWSIS]