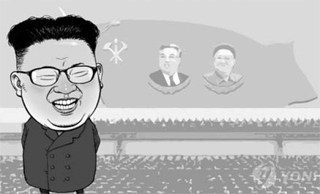 The first inter-Korean summit in June 2000 is almost always described as an “historic” event. It was the first summit since the two Koreas were separated and expectations were high for the dialogue between then President Kim Dae-jung and North Korean leader Kim Jong-il. The summit produced the June 15 Joint Declaration, which included five agreements. Since then, the two Koreas refrained from arguing about article 2 of the declaration. “For the achievement of reunification, we have agreed that there is a common element in the South’s concept of a confederation and the North’s formula for a loose form of federation. The South and the North agreed to promote reunification in that direction,” it said.

And yet, this sensitive issue was raised by Kim Jong-un, chairman of the North Korea Workers’ Party, 16 years later. During the 7th Congress of the Workers’ Party in Pyongyang on May 6, Kim condemned the South Korean government’s unification policy as sycophancy toward the United States and an attempt to benefit outside forces. While mentioning the June 15 Joint Declaration, Kim said the two Koreas must change direction to realize a unification based on the North Korean formula as they had publicly declared. He wrongly described the June 15 Joint Declaration as an agreement about unification based on the North’s formula. It made us wonder what explanations he had imbibed from his father when he was alive.

Key members of the Kim Dae-jung administration involved in the summit, however, are showing an incomprehensible attitude. They should have issued a statement criticizing the young North Korean ruler for violating the spirit of the joint declaration signed by his late father. But they remain silent as Kim Jong-un disgraces the late President Kim by saying he gladly agreed to the North Korean vision of unification. Because it is the North’s usual strategy to include ambiguous wording in an agreement and later insist on a different interpretation, we must not let Pyongyang continue this tactic.

During the Kim and Roh Moo-hyun administrations, the South provided 2.4 million tons of rice and construction materials in form of loans worth $948 million. Although repayment time has come, the North is refusing to pay it back. The Blue House and top Unification Ministry officials, who invested tax money by strongly arguing that the North will definitely repay, are turning blind eyes. The government officials, who succeeded them in their jobs and became responsible to collect the debt, are complaining about the situation. “They must have gotten angry, if their pension money was reduced slightly,” one official said. “But they are acting so irresponsibly about this matter.”
The South’s response to the North’s nuclear crisis is also incomprehensible. After the North conducted the fourth nuclear test in Punggye-ri, North Hamgyong, in January, South Korean environmental groups said nothing. Their attitude was far different from their demonstrations to protest a naval base in Jeju and the Gyeongbu high-speed railway. It was Chinese environmental groups that participated in the antinuclear demonstration.

While South Korean workers were trapped in the Kaesong Industrial Complex for 140 days, and more detentions in the North followed, South Korean human rights groups remained silent. But now they are telling the government they want to meet the North Korean restaurant workers who defected to the South last month. After a pro-North media outlet reported that one of the defectors died in a hunger strike, they are demanding interviews despite the government’s denial that the report was groundless. South Korean women’s groups are also silent about North Korea’s cruel, disgusting male chauvinist insults toward President Park Geun-hye. But their incomprehensible responses are about to end and the signs were seen in the 7th Congress of the Workers’ Party that Kim hosted for his self-coronation. His three-hour speech revisited what his grandfather did 36 years ago in the 6th Congress. As if he tried to revive the Non-Aligned Movement from the 1970s and 80s, he said the movement should be reinforced and developed further. This just shows that Kim Jong-un has no real vision to present.

The 7th Congress of the Workers’ Party also exposed North Korea’s embarrassing face to the Western media such as CNN and BBC. Although Pyongyang wanted to highlight Kim’s new crown, what the journalists saw was a country filled with stage productions and lies. And a critical moment was captured in the daily life of an 8-year-old girl, Zin-mi , in a movie by Russian director Vitaly Mansky. The director was invited by the North Korean authority to create a documentary for the preparations for Kim Il Sung’s birthday anniversary celebrations. But the director, enraged by the government’s attempts to force a young girl to participate in the propaganda, secretly recorded everything and produced a truer movie, “Under the Sun.” The teary face of Zin-mi, reciting a poem praising Kim Il Sung and Kim Jong-il under the pressure of a government official, was the unpainted face of the North Korean people.

Kim Jong-un argued that he presented a great blueprint during the four-day congress. The 32-year-old ruler probably created a plan to rule the country for the next 50 years. But no one believes that a brutal dictatorship with nuclear weapons will continue, because the time is imminent that the North Korean people will awake from the nightmare of praising their leader.

The history went backward for more than 70 years on the peninsula and that is more than enough. We must not let our future generation be terrorized by the North Korean leader’s threat to reduce Seoul into a sea of fire with their nuclear weapons. This is why the 7th Congress of the Workers’ Party must be Kim Jong-un’s first and last congress.