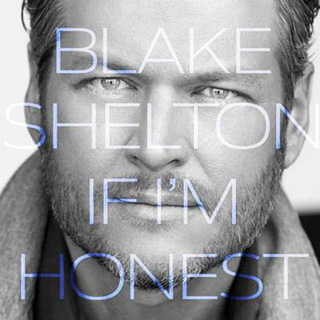 
If his time on “The Voice” has done anything for Blake Shelton, it has sent him further down the road toward crowd-pleasing, show-stopping songs that build toward a moment when the audience can no longer contain itself.

There’s plenty of that on “If I’m Honest,” his latest album. And make no mistake, it’s a country road he’s traveling on - with hard-to-miss overtones from his high-profile personal life.

The least subtle of these is a duet, “Go Ahead and Break My Heart,” which he co-wrote with Gwen Stefani, his current love interest. It seems reasonable to interpret it as a move-on song for both as they put their respective divorces behind them.

It’s when he settles down and just sings that Shelton delivers music that could last. A love song called “One Night Girl” swells with emotional sincerity, and “Savior’s Shadow,” a gospel song about faith, also feels like he means it.

Shelton, at his best, is a country boy who tells you just what he’s thinking and has a knack for bringing the house down.