10 places where art and culture come together

10 places where art and culture come together 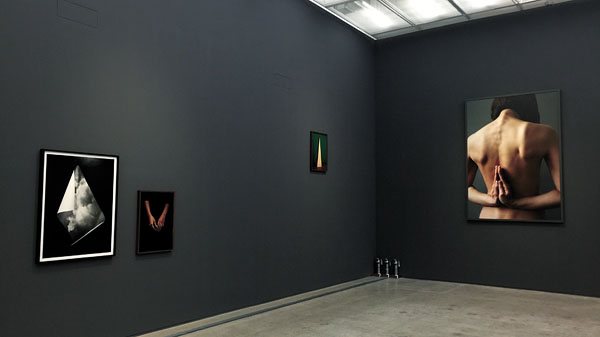 One way to enjoy the city of Seoul is by taking a journey to its museums. At the National Museum of Modern and Contemporary Art, the exhibition “Public to Private: Photography in Korean Art since 1989” illustrates the history of Korean photography. [MOON SO-YOUNG]

Seoul reflects the new and the old - some locations in the city are transforming faster than any world metropolis, while others maintain their thousand-year-old history.

In a city with such diversity, foreign visitors are increasing sharply, as evidenced by the arrival of the Rotary International Convention, which is taking place here through Wednesday. The Korea JoongAng Daily suggests the 10 top art spots that are definitely worth visiting.

An ongoing exhibit “Public to Private: Photography in Korean Art since 1989” looks at how the genre of photography and contemporary art have interacted for the past 30 years.

The exhibition features 300 pieces by 75 artists, most of whom became milestones in contemporary Korean art history. It goes back to 30 years ago, when photography expanded with Korea’s first-generation contemporary artists; it goes through meaningful transformations such as adopting conceptual art and performance into the genre. A special exhibit illustrates photography in the fashion industry.

Other exhibits include “The Paranoid Zone” and “Echo system: Gilles Barbier.”

The museum is located near Gyeongbok Palace in Jongno District, central Seoul. Important galleries in Seoul, such as Gallery Hyundai, Gallery Hakgojae and the Kukje Gallery are also located near the museum.

Korea’s “Gilt-Bronze Pensive Maitreya Bodhisattva,” which is National Treasure No. 78, as well as a wooden pensive bodhisattva from Japan welcome visitors. As the exhibit celebrates the 50th anniversary of the normalization of Korea-Japan ties, the sitting bodhisattvas from the two countries will travel to Japan to be put on display from June 21 to July 10.

Founded by Yun Jang-seob, a successful businessman who later decided to collect precious art pieces in Korean cultural history, the Horim Museum is famous for having a collection of 15,000 artifacts. Yun passed away this month on the 15th.

Located in Sinsa-dong, southern Seoul, the museum presents high-quality ceramics that hold historical significance. Different types of celadon and white porcelain pots are displayed. The museum’s surrounding area is the hub of Korea’s luxury products industry. In Sinsa-dong, the brand Hermes provides an opportunity for people to enjoy contemporary art at its gallery Aterlier Hermes.

Arario Museum catches the eye not only because of its impressive art collections - the building itself demonstrates the art of space with its beautiful design. Its founder, Kim Chang-il, is an entrepreneur, gallerist, art collector and an artist. His appreciation of art led him to buy the company building in Jongno District, central Seoul, of legendary Korean architect Kim Swoo-geun. Parts of the beautiful Changdeok Palace can be seen though the glass wall of the cafe and restaurant.

Currently, an exhibition titled “Really?” is on display. The exhibition emphasizes the harmony between architecture and contemporary art. Visitors can enjoy Kim Swoo-geun’s architectural inspiration as well as Kim Chan-gil’s collection over the past 35 years.

Zoom into the everyday lives of people in the Joseon Dynasty (1392-1910) when you visit “Korean Genre and Figure Paintings: Scenes of Everyday Life, Ideals and Recreation.” Some 80 art pieces of famed artists from the era, including Kim Hong-do and Shin Yun-bok, are on display at the exhibition.

Dongdaemun Design Plaza, very often called the DDP, offers other art exhibits, including “From the Sidewalk to Catwalk,” which features the impressive works of fashion designer Jean Paul Gaultier.

The DDP is famous for its ground-breaking curved design that resembles flowing water. It was designed by Zaha Hadid, a 2004 recipient of the Pritzker Architecture Prize. The plaza offers shopping, exhibitions and even expositions. It is located near the Cheonggyecheon, a stream that flows through downtown Seoul, and numerous large-scale shopping arcades.

Leeum is a company-funded museum built in 2004 by the Samsung Foundation, with the foundation’s collection of art dating back to 1965. The museum displays both traditional and contemporary art. Prominent architects Jean Nouvel, Mario Botta and Rem Koolhaas designed the building, making it a joy to visit.

The annual “Artspectrum 2016” is currently on exhibit, marking its sixth anniversary this year. It encompasses photography, video art, sound pieces and paintings that were created by 10 emerging young artists in Korea.

Another exhibition, “Buncheong: Traces of the Mind,” is being held as well. Visitors can view the blue-grayish Buncheong celadon from the Joseon Dynasty.

Both museums are in the peaceful neighborhood of Buam-dong, located near Mount Bugak and Mount Inwang in central Seoul. Visitors are not overwhelmed by massive buildings, and the art pieces are accessible, with exhibits that people can relate to.

At the Seoul Museum, “Temperature of Love” is on display until July 31. The exhibit bridges two different genres: pop music and visual arts.

It follows the path of love that people go through, from first encounter to farewell. Beside the museum, a gazebo called Seokpajeong, which was owned by Heungseon Daewongun of the Joseon Dynasty, is on display.

The Whanki Museum was founded by Kim Hyang-an, the wife of Korean artist Kim Whanki, in remembrance of the artist after he passed away. To celebrate the 100th birthday of Kim Hyang-an, the museum is displaying “The Man is Gone and the Art has Remained.” It shows the best art pieces of the museum’s collection until Aug. 14. 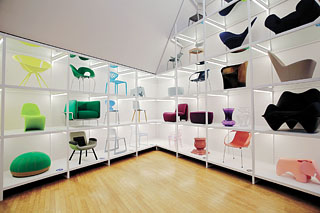 The Daelim Museum allows visitors to experience how colors melt into various materials, furniture and space in the exhibition “Color Your Life,” which explores how colors can fill our everyday space. Three sections each rediscovers the potential of colors.

Artists such as Alison Anselot, who is famous for her “Pantone Food” series; Lex Pott, who studies metallic substances; and Morten & Jonas, famous for their contemporary-style furniture, participated in the exhibition.

As the museum aims to put artistic inspirations into our daily lives with design and art, this exhibition will make people realize that the arts exist in every space.

Art may not always be difficult to understand. The Seoul Museum of Art shows just that with “DreamWorks Animation: The Exhibition,” in which familiar characters of animated movies created by animation company DreamWorks appear. The company is famous for its movie “Kung Fu Panda” (2008), “How to Train Your Dragon” (2010) and 29 others.

People can see how their favorite animated movie characters are made with the convergence of art and technology in the exhibition, which is touring around the world to mark the company’s 20th anniversary.

The Seoul Arts Center is a complex cultural space of Korean classical art. “Frida Kahlo & Diego Rivera” is on display at the Hangaram Design Museum.

Organized to introduce the two Mexican masters of art, Frida Kahlo and Diego Rivera, the Dolores Olmedo Museum of Mexico collaborated with the Seoul Arts Center. The pieces will deliver the exotic color senses of two artists who left an indelible mark on Mexican art history.