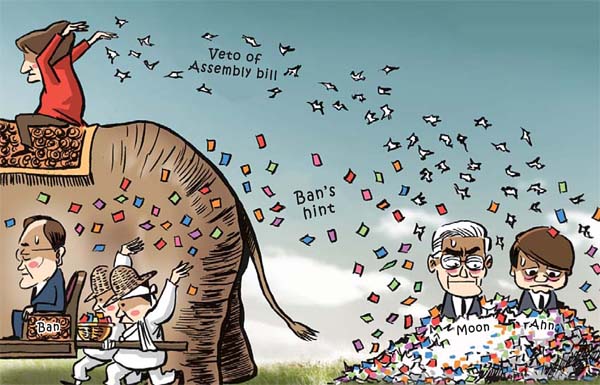 Two strong presidential contenders — Moon Jae-in, a leader of the Minjoo Party of Korea, and Ahn Cheol-soo, co-chairman of the People’s Party — had a bad week after President Park Geun-hye vetoed a revision to the National Assembly Act and UN Secretary General Ban Ki-moon hinted at a run in the next presidential race.