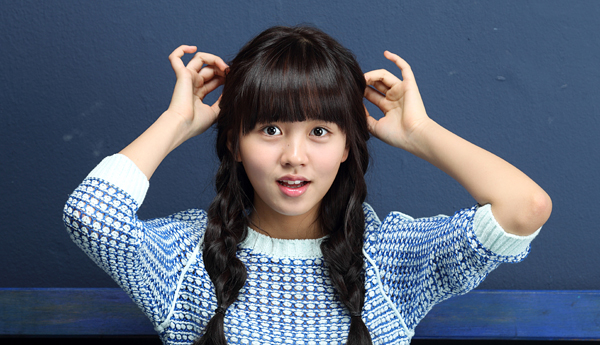 Teen actress Kim So-hyun will co-host the upcoming 2016 Dream Concert along with Leeteuk, a member of the K-pop boy group Super Junior.

“Kim knows how to host music shows, and she is also a friend of many K-pop singers,” a person working at a broadcasting station told Sports Donga, a local sports and entertainment daily, on Monday.

The Dream Concert will be held at Seoul World Cup Stadium, located in Sangam-dong, western Seoul, on Friday.

First launched in 1995 by the Korea Entertainment Producer’s Association, the Dream Concert is one of the biggest K-pop extravaganzas in Korea.

The 16-year-old Kim is one of the most prolific teen actresses in Korea.

She began her acting career in 2007 and has been appearing in numerous films and drama series. Some of her hits include “Unforgettable” (2016), in which she paired up with Do Kyung-soo, a member of the K-pop boy group Exo, and “The Girl Who Sees Smells” (2015).