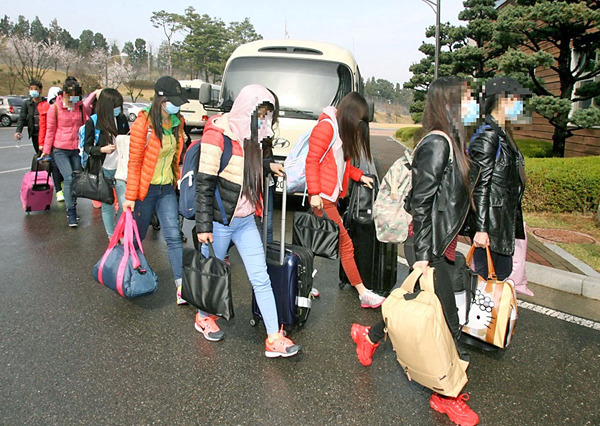 In February 2012, the personal information of 10,000 people applying for refugee status was shown on the Australian Department of Immigration’s website. That information was supposed to be kept confidential. The situation escalated when it was confirmed that 16 countries, including a Middle Eastern country known for human rights abuse, downloaded the data. The Australian authorities claimed that it was a mistake.

The punishment of kin for the offense of a family member is an ancient practice. In the old days, three generations were punished in Korea. Nine generations were held responsible in China. While it may sound like an Asian tradition, that is not the case. In Germany and Russia, when a member of a tribe committed a crime, the entire clan was punished. Based on this legacy, Adolf Hitler created the Sippenhaft law to punish the family members of so-called traitors during World War II. In the Soviet Union under Joseph Stalin, the families of people who helped others escape or failed to inform on their neighbors were punished with five to 10 years in prison.

But while guilt-by-association punishment disappeared in both countries, there are still places with similar laws. North Korea is one of them. The families of defectors are sent to concentration camps or executed. When Hwang Jang-yeob, a former Workers’ Party secretary, defected, 600 of his relatives and friends were purged. Aside from North Korea, there are a few repressive states that persecute the families of those who seek refuge abroad. That is why the Office of the United Nations High Commissioner for Refugees urges countries to protect the personal information of refugees. Korea has a similar guideline for North Korean defectors.

However, that principle is often ignored, and some defectors have appealed to the National Human Rights Commission about it. In 2006, a family of seven North Koreans escaped on a wooden boat, and the military leaked the information to the media. As a result, their relatives were punished. The commission acknowledged the claim and officially ordered the authorities to come up with plans to prevent such incidents.

But earlier last month, the Ministry of Unification said that 13 staff members of a North Korean restaurant in China defected to Seoul. This was information that should have remained confidential, and the announcement was criticized as a strategic move related to the general election.

As that controversy died down, the media reported on May 23 that three more staff members of a North Korean restaurant escaped from China. On Sunday, another report came out that one of the defectors was the daughter of a North Korean actress. The reports are thoughtless. Does anyone care that the families of defectors are sent to concentration camps or face execution?