Dangers of a Trump presidency

Dangers of a Trump presidency 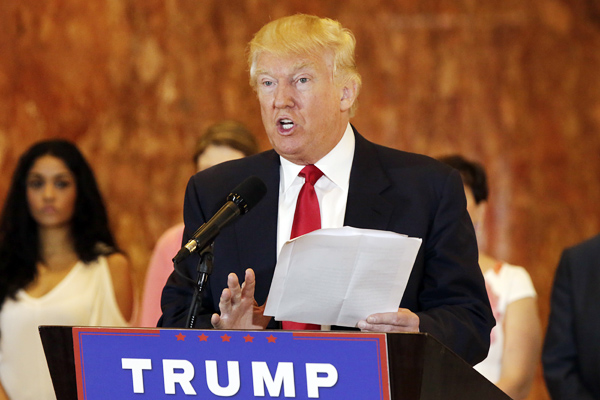 I don’t know whether a President Donald Trump would be able to destroy U.S. democracy by crushing the institutions that share power with the executive. I tend to agree with Brian Beutler that the institutions Trump might go after would fight back effectively — though I’m not eager to test that proposition.

Nonetheless, I think Trump is dangerous to democracy in a different way, and even if he doesn’t win: He would damage the political system’s ability to offer healthy representation.

Representation is the process by which politicians make promises as they run for election, then interpret those promises once they are elected, govern with those promises in mind and explain their actions in terms of those promises.

Those promises are not only specific commitments on public policy (such as building a border wall), but include how a candidate will act in office, and even who the candidate will be. So a politician may run as an expert on policy, as “one of us,” or as a member of a particular group within the district.

This matters because promises appear to significantly constrain politicians in office. Presidents try to keep their policy promises.

Politicians also try to keep other types of promises. Bill Clinton ran on a promise to stay in touch with rank-and-file voters, and then once in office, he staged events to demonstrate that he was keeping that commitment.

Politicians can suffer consequences if they break their promises. Clinton said during his 1992 campaign that he would “focus like a laser beam” on the economy. When controversies about other issues erupted at the beginning of his presidency, he probably was hit harder because it appeared that the uproars meant he was breaking the “laser beam” promise.

So what exactly is Trump promising? We know he isn’t particularly focused on specific policy proposals; even his much-touted wall appears to be more a symbol of anti-immigrant sentiment than a real effort to solve a public policy problem.

Perhaps his real promise simply involves designating his enemies. Prominent among those are Mexican immigrants and Muslims, which has led to a perception that his campaign relies on appeals to bigotry. Yet his enemies list is a lot longer than simple bigotry could explain, and it changes constantly — he hates the media, and publications pop on and off his list.

His only consistent promise is “winning” — that he will reverse a perceived string of losses endured by the United States.

And yet this sounds empty, promising more than anything real political leaders in a democracy can offer. Does anyone hear Trump and believe that, yes, we’ll have nothing but winning if he is elected? Do his supporters just appreciate someone striving to “win” (whatever that means)? Or do they just enjoy being entertained?

Trump does appear to be promising something about who he would be if he won. After all, a significant portion of his stump speeches is devoted to talking about himself. But even that promise is murky. Is he promising to be a real estate dealmaker? Is he promising to be the character he played on reality television? Certainly not the guy behind the shady dealings of Trump University, right?

It matters. Because if there are no promises, there’s no representation. And representation, as James Madison realized, is the only way for large-scale democracy to work. Democracy needs ways for constituents to influence the promises politicians make and how those are interpreted, and it needs politicians to take those promises seriously.

In large part, the political parties are supposed to ensure that happens, and Trump is running without one. If he wins, he would be the least constrained president in U.S. history.

Or, to put it another way, if all he’s promised is to be Trump, he can do pretty much whatever he wants and still claim to be keeping his core campaign promise.

And if he gets away with it, others will follow him. Healthy representation will be the victim. Along with meaningful democracy.


*Jonathan Bernstein is a Bloomberg View columnist covering U.S. politics. A political scientist, he previously wrote “A Plain Blog About Politics.” He is co-editor of “The Making of the Presidential Candidates 2012.”