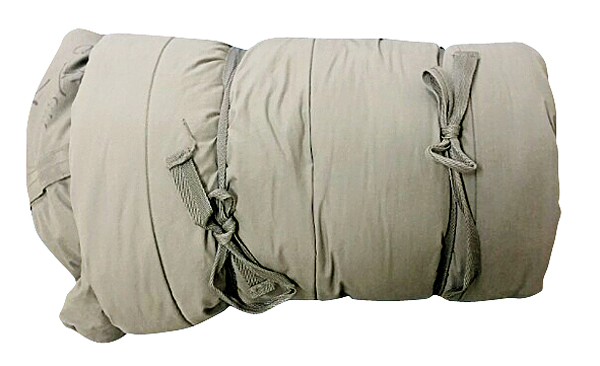 The case was brought to light on Wednesday when auditors said they recently busted a total of eight cases of corruption in the Ministry of National Defense’s procurement procedures regarding sleeping bags, tents and backpacks, all used by Korean soldiers.

A total of 12 people were found to have been involved, including six former or current Army generals, two colonels, two civil servants and two employees of the private suppliers.

The Board of Audit and Inspection of Korea (BAI) said it requested that the prosecutors’ office take the case and that it has sent the office the results of their probe.

Prosecutors have yet to announce whether they will follow through.

According to the BAI’s briefings, a military procurement company asked the Defense Ministry to sponsor their research on developing sleeping bags in November 2010 and later purchase the products, saying the goods the ministry was using at that time were outdated, heavy and lacking thermal insulation.

The products in use then were initially made in 1986 and had been slightly enhanced a couple of times since.

During those negotiations, the BAI found that the company gave one general a bribe of 37.5 million won and asked him to host a dinner that would unite the company’s CEO with a certain colonel who would later lead the procurement project.

The deal, however, went into gridlock in November 2011 when the original supplier began bribing military insiders to falsely report against the company’s products by saying they were of low-quality.

The company that was seeking sponsorship was eventually turned down in April 2013.

In July 2014, however, it won two separate contracts supplying tents and backpacks, which were worth 2.8 billion won and 8.8 billion won.

Local auditors said the company managed to secure the two other deals by providing over 3 million won in “special treatment” to high-ranking military officers.

The ministry stuck with its original sleeping bag supplier, buying 6.1 billion won of extra goods over the course of several years.

Rep. Byun Jae-il, head of the Minjoo Party’s policy committee, lashed out at the Defense Ministry on Thursday during a meeting presided over by Prime Minister Hwang Kyo-ahn, saying he would start lawmaking procedures to tighten punishment on military procurement irregularities.

“It’s unnerving,” said Byun, “in light of the fact that my child is currently in the military.”

The lawmaker warned the ministry not to “frolic around” with taxes paid by the public.