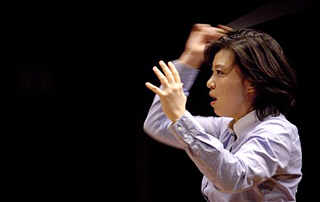 Since winning Georg Solti International Conductors Competition in 2005, conductor Sung has been making notable strides in her musical career. She was the first-ever female assistant conductor at the Boston Symphony Orchestra and was an assistant director at the Seoul Philharmonic Orchestra. Now, she conducts the Gyeonggi Philharmonic Orchestra as its first female artistic director.

This performance will bring together Sung, the Deutsche Radio Philharmonic Orchestra and violist Esther Yoo.

July 20: Pianist Kim Sun-wook will play Beethoven’s “Diabelli Variations,” a piece considered very difficult to perform on stage. The fact that it lasts about an hour demonstrates this. According to the concert’s management company, the pianist deemed the piece the “hard-core of classics.”

Kim is known for his great understanding of classical music and gained international fame and attention when he won the Leeds International Piano Competition in 2006. The pianist studied conducting at the U.K. Royal Academy of Music.

July 24: Sarah Brightman is coming to Korea for a fifth time, along with an orchestra. A singer who pursues the genre of crossover music, combining classical and pop music, she is known for the famous song “Time to Say Goodbye” that she performed together with Andrea Bocelli.

Sept. 2-4: Korean pop music wouldn’t be what it is today without singer Lee Sun-hee, who has been touching audiences with her distinctive and pure, yet powerful voice. Since debuting in 1964, she has released a total of 15 regular albums.