Eric Nam pairs with Kolaj for ‘Into You’

Eric Nam pairs with Kolaj for ‘Into You’ 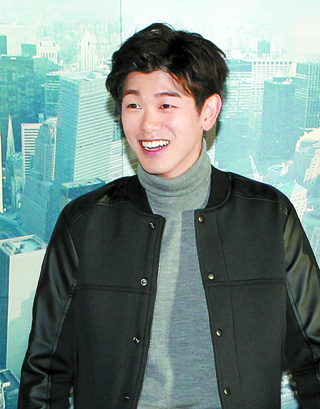 Singer Eric Nam has announced a plan to release the single “Into You” on Thursday. The song is a collaboration with fast-rising American electronic dance music duo Kolaj, which consists of singer-songwriter Teesa Houston and producer-lyricist Mike McGarity.

The tropical house track will be released in the United States on the same day through major music platforms like iTunes and Spotify.

According to the American group, they decided to collaborate with the 27-year-old Korean singer because of Nam’s pure vocal tones.

Nam has staged a few live performances of “Into You” before the upcoming release, and the song is known to have garnered a positive response from audiences.

The music video for “Into You” is scheduled to be released at the beginning of July.

Meanwhile, Kolaj’s debut single “The Touch” has had over a million hits on Spotify and two million on SoundCloud. Their names became more well-known after they were featured in Kaskade’s “Whatever” last year.