A bitter but needed pill

A bitter but needed pill 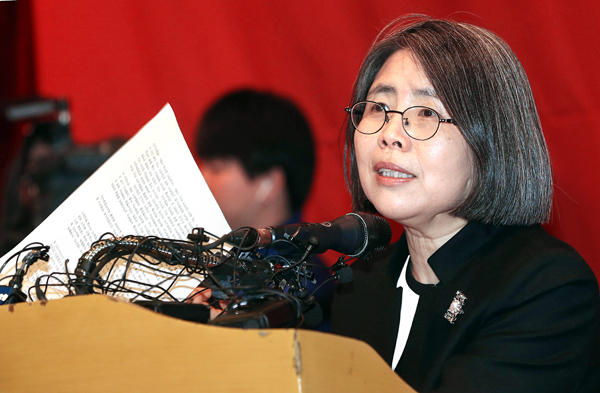 In Korea however, many bribes are disguised as gifts.

Expensive gifts and entertainment are offered in return for favors. Once a relationship is established based on giving and receiving gifts, it becomes symbiotic in nature.

This is the key of the Economic Theory of Regulation, also known as “capture theory of regulation,” by George Stigler, a Nobel Prize winner in economics. In this situation, fair competition becomes impossible and new business operators are barred from entering markets while existing businesses enjoy monopolies.

As the new anti-corruption act, also known as Kim Young-ran law, will take effect on Sept. 28, Korean society will face a test as to whether it will break this practice or not. According to the law, those covered by the act will face criminal punishments for having received — or demanded — a bribe worth 1 million won ($853) or more than 3 million won over a single year. If bribes are linked to their jobs, smaller amounts will also be punished.

The government’s enforcement ordinance however, will make some exceptions. Meals worth 30,000 won, gifts worth 50,000 won and funeral and wedding gifts worth 100,000 won will be allowed in order to maintain social exchanges in everyday life.

The Kim Young-ran law will also be applied to the spouses of public servants, teachers and journalists. It is expected to cover about 5 million people.

Though lawmakers and civic groups are excluded from the law because they work to petition for the public good.

This is where the controversy begins. While the National Assembly is excluded, private media companies and private schools are targeted by the law. A constitutional petition was filed to argue that the law is excessive and the matter will eventually be determined by the Constitutional Court.

Another controversy concerns the economy.

Farmers, fishermen and flower farmers argue that the law will discourage domestic consumption. The Hanwoo Association — a group of local beef producers — said the law will encourage the consumption of imported beef, while fruit farmers worry that sales of expensive fruits will decrease.

President Park Geun-hye even said, “I am very concerned that the law, if enforced as it is, will discourage our economy too much.” The concern is that our already lackluster economy will further lose its steam.

Despite these worries, the public responded coldly, questioning whether it is okay to allow a public servant, teacher and journalist to receive up to 3 million won in gifts each year simply because these gifts are not related to their jobs.

In many other advanced economies, “going Dutch” is a norm. There is no room for influence-peddling. Singapore had a history of corruption, but it was able to reinforce national competitiveness with a strong anti-corruption policy when it became independent from Malaysia in 1965. Today, its national income per capita is about $60,000. Countries with high transparency have high national incomes. It is evident that transparency leads to higher economic efficiency instead of gift-giving or the social cost of bribes.

In fact, the public servants’ community in Korea is more transparent than before, largely because their public pensions are stable and their employment is guaranteed. The Hyundai Research Institute also predicted that the demands for gifts will only go down by 0.86 percent, even after the law takes effect.

If so, the law should be considered as a bitter but necessary pill that will upgrade the Korean economy while restoring people’s trust in public institutions. As transparency goes up, so too will economic efficiency.

Just as lawmakers must also follow traffic rules, they must similarly obey this law. There can be no exceptions.

This will reinforce the effectiveness of the law, rather than granting prerogatives to lawmakers.

If some problems arise down the road, we can surely find reasonable and pragmatic solutions.


*The author is an editorial writer of the JoongAng Ilbo and the head of the Economic Research Institute of the paper.