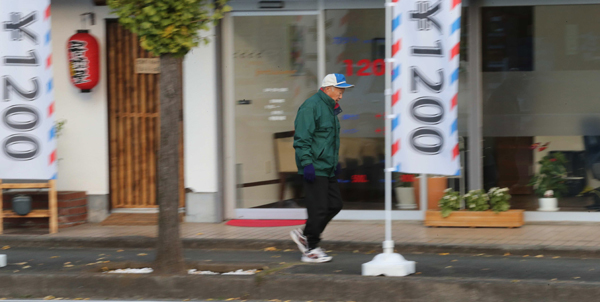 Becoming a homeowner was the lifelong dream for the post-war baby boomer generation in Japan. They were born in the devastation of World War II defeat between 1947 and 1949. There are 8 million people in the so-called Dankai generation, and they attained their dreams as they led the rapid development in the 60s and 70s. They started from rental units, moved to new developments and finally purchased single houses.

In the age of lifetime employment, it was not very hard for the Japanese people to own their home. The government promoted home ownership through new development to stimulate the economy. Also, long-term housing loans were guaranteed at low interest rate. In the 1970s and 80s, housing booms expanded to the suburban areas. Rails and roads were built to the residential clusters. Parks and schools were full of children, and commercial districts were formed.

The Dankai generation’s ideal life was a single house with a backyard. They said that home is made of a house and a yard. The living space in the nature was the refuge after long commute to the city. 86.2 percent of the Dankai generation were homeowners, according to the 2013 Aging Society White Paper.

However, the residential districts in the suburbs have changed today. It is not hard to find empty houses. Streets are also desolate. According to the Ministry of Internal Affairs, there are 8.2 million empty houses in Japan, 13.5 percent of the total houses as of 2013. The increasing number of empty houses is an inevitable outcome of population decrease and aging of the population. Seniors who live away from their parents check in to nursing homes. When the mortality rate of the Dankai generation goes up in 2020, additional 200,000 to 300,000 houses will become empty. The rate of empty houses is far higher in the regions, 22 percent in Yamanashi Prefecture and 19.8 percent in Nagano Prefecture.

The dream homes become the security and disaster prevention concerns to the society and financial burden to the owners. The Nomura Research Institute predicted that 30.4 percent of the houses would become empty by 2033. Since half of Japan’s population live in the greater metropolitan areas of the three largest cities, every other house will become empty in other regions. Smaller provinces are crumbling.

The Japanese government and local governments are presenting various plans along with low birth and aging population policies. Last year, a special measure was enforced, allowing the authorities to demolish empty houses at risk of falling or ruining the environment. The transfer tax for selling empty houses was lowered.

As of 2010, empty houses make up 5.4 percent in Korea. As Korea’s population trend is similar to Japan’s, the rate could increase drastically. By making a database of the empty houses, we need to turn them from social burden to assets and new business opportunities. Moreover, the fundamental solution can be found from preventing the population from shrinking.