Committed actor penned novels to get into latest role

Committed actor penned novels to get into latest role 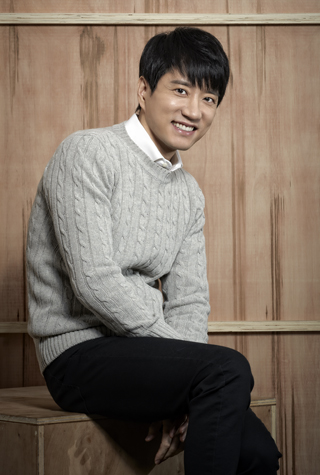 Actor Kim Myung-min, who is celebrating 20 years in the entertainment scene this year, did something special to really understand the character he plays in the movie “Proof of Innocence.”

The 42-year-old actor said he did lots of creative writing to imagine why his character, Pil-jae, has become obsessed with money, in a crime investigation movie that starts with Pil-jae receiving a special letter from a death row inmate.

“I wrote novels a lot,” Kim told Ilgan Sports, an affiliate of the Korea JoongAng Daily, adding that the script he got didn’t explain much about what his character was like when he was young, how he was raised by his grandfather and how he grew up.

“I needed to understand the history of how he became who he is now because I needed to convince the audience how a money-focused snob really changes into someone with a different personality.”

A. I liked the speedy pace of the movie. Usually I try not to have high expectations for the movies I work on, but I really did not realize how fast time flew when I watched it. The editing was done really well.

When I first saw the script, the content seemed really serious. It was very dark because it started with what was written in a letter from a prison. It also had a hint of thriller.

But then the movie’s title was changed, and the editing was also done to make the movie more cheerful. I think it has become easier for the audience to enjoy.

Why did you choose to do this movie?

I like the structure of the strong and the weak building a relationship rather than conflict. There is a line that reads, “Why do you do this to people who don’t have anything to do with you?” That line tells you something about this movie, which makes it different from “Veteran” and “Inside Men,” which were popular last year.

What did you think about the title change?

The original title was “A Letter from Prison.” When I heard the title was going to be changed, I was doubtful, but now I think it was a very good decision.

How was working with other actors?

There are so many talented actors in the movie, such as Shin Gu, Kim Young-ae, Sung Dong-il and Kim Hyang-gi. I just needed to react naturally to their actions.

I really felt a sort of catharsis while working on this movie. Different types of people came together and combined their talents. It felt like the film set was a rest stop where I got to take a break.

Do you try any impromptu actions or lines?

I don’t do it because mine are never funny. Ad-libbing is something someone talented at it can do. Actor Sung Dong-il is good at doing that, and it’s so natural that the director doesn’t even notice.

You have a 20-year-long career, but you look young for your age. What’s your secret?

I didn’t look quite my age when I was younger. I think those who look more mature when young look relatively younger as they get older. I work out regularly, and that keeps me positive.

Do you have a saying you live by?

My motto is to be strict with myself. Most people usually apply very loose rules for their [behavior and ideas] but are very meticulous about others. But when you take a look at successful people, they do the opposite. In the next 10 or 20 years, I’ll live by that saying. I also believe that the things you dream and plan will work out.