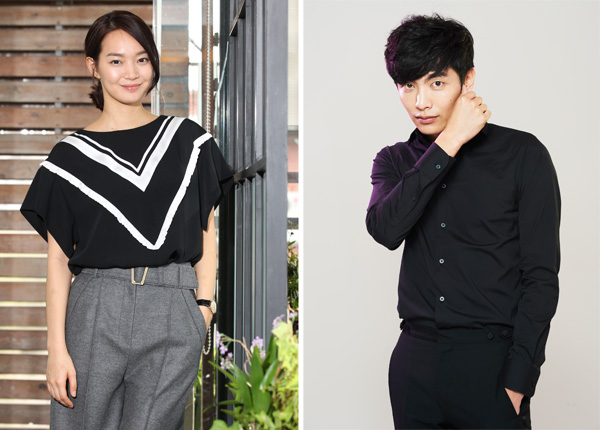 Actor Lee Min-ki and actress Shin Min-a may star in a new tvN drama tentatively titled “With You Tomorrow,” according to entertainment industry sources on Thursday.

Although the decision has not yet been finalized, the two TV personalities are currently in talks about joining the upcoming program.
The pair’s collaboration is generating a lot of interest, since they have experience working together in the movie “A Million” (2009).
The upcoming show is a romantic comedy that revolves around a time-traveling man and his wife.

If Lee takes part in the series, it will be his first time starring in a TV drama since “Shut Up Flower Boy Band” aired four years ago. The actor is currently serving his mandatory military duty as a public service worker and is scheduled to complete his service on Aug. 3.

If Shin agrees to get on board, it will be her first time starring in a drama in five months. Her last TV drama was KBS2’s “Oh My Venus.”
The new series will be produced by Yoo Jae-won, who is well known for the TV show “Oh My Ghost” (2015), and written by Heo Sung-hye, who also wrote the screenplay for the movie “All About My Wife” (2012).