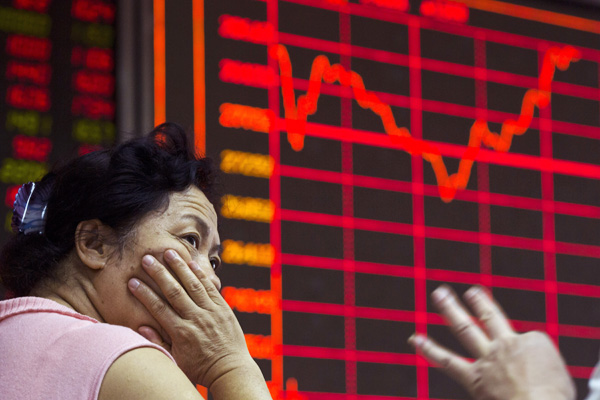 In the past year, a huge amount of money has been flowing out of China. In the past, when this happened, it was because the Chinese central bank was buying foreign assets. But this time, the People’s Bank of China has been selling foreign assets — it’s China’s citizens and companies that are sending their money overseas.

This probably indicates that rocky times are ahead for the Chinese economy. We can probably expect more sluggishness or outright recession in China during the next year or two. That will inevitably have some sort of negative effect on the United States, Europe and other rich economies, through decreased imports from developed countries and losses on the balance sheets of banks in rich nations.

But at the same time, what will be the result of all that Chinese money flowing out? If there’s one thing we’ve learned since 2008, it’s that financial flows can have effects on the real economy, so it stands to reason that the money leaving China might have a major impact of its own. The opportunity is that it will spur a much-needed capital investment boom in the U.S. and other slow-growing economies; the danger is that it will pump up asset bubbles that eventually burst.

It’s possible to think of the world as containing a large pool of mobile speculative capital that sloshes around from country to country, chasing the next big thing. It’s also possible to imagine that when those capital inflows raise asset prices enough in a certain market, extrapolative expectations take over — domestic and foreign investors alike conclude that the new rising price trend is a stable feature of the world, and they keep betting it will continue, pushing prices up until they inevitably get divorced from fundamentals and crash.

Economists David Laibson and Johanna Mollerstrom wrote a 2010 working paper showing that countries that import capital tend to have rising housing price rises and consumption booms. The correlation between capital inflows and housing values is confirmed in a 2013 paper by Andrea Ferrero, and a 2009 paper by Joshua Aizenman and Yothin Jinjarak. Basically, when capital flows in, house prices get pushed up. And as we know from recent experience, house prices that go up can also come down, causing great damage to economies.

Should we be concerned about this happening with China’s capital outflows? Well, Canada might have reason to worry. Chinese money is the biggest force behind the surge in house prices in cities like Vancouver and Toronto. The OECD has flagged Canada’s China-driven housing market as an economic risk, and Canadian bankers are begging the government to step in and cool off the property market.

But the U.S. is experiencing a bit of a property boom too. House prices in U.S. cities are almost back to where they were at the peak of the bubble a decade ago. Rent has risen too, meaning that prices are probably a lot less out of line with fundamentals this time. But if price appreciation continues, it’s not inconceivable that a second bubble could result.

However, the fact that money is flowing into housing, rather than into bonds, might be a reason not to worry. OECD researcher Eduardo Olaberria found in 2013 that the association between capital inflows and financial crises is greater when the money flows into bonds in the recipient country. China, it turns out, has been a major net seller of U.S. Treasury bonds — as its citizens buy up houses overseas, China’s government is fighting the tide by selling its stock of Treasuries. So the Chinese capital inflows might be of a less dangerous kind than before.

In any case, though, it pays to be vigilant. Canada is already in bubbly territory. If the U.S. or other rich countries start to see steep rises in house prices or stocks connected to Chinese capital flows, it would be wise to restrain the impulse to join the party. Another bubble in the developed world might make the U.S. look good for a little while, but ultimately it wouldn’t end any better than the last two.


*The author is an assistant professor of finance at Stony Brook University and a freelance writer for a number of finance and business publications.