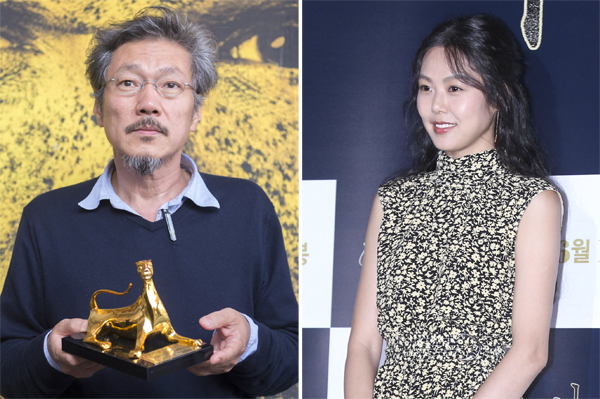 Kim, who currently does not belong to an entertainment company, has also not made any official announcements regarding the scandal, and her former talent agency has denied knowing anything about it.

Korean media outlet TV Report said Tuesday morning that the film director has been secretly dating the actress for one year.

The two are reported to have developed a relationship while working together on the film “Right Now, Wrong Then,” released in September 2015.

The rumored relationship generated buzz because Hong has been married for thirty years and has a daughter who is a university student.

Hong’s wife said that she is not going to divorce her husband, according to a report by local media outlet Star News.

“I still love my husband, and he also loved me. He was such a family man, and everyone who has known us is aware of this.”

The wife also revealed that Hong left home in September and has not come back since.

Kim is a veteran actress who debuted in 1999. She most recently starred in “The Handmaiden,” which was highly acclaimed at the 2016 Cannes Film Festival.