Park, 34, finally comes into her own

Park, 34, finally comes into her own 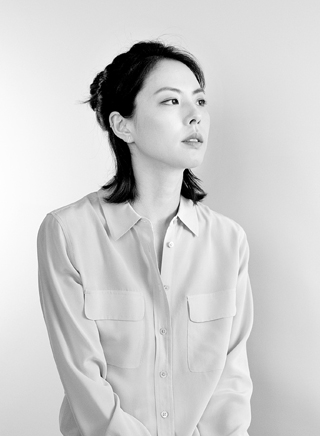 Singer-songwriter Park Ji-yoon celebrates the 20th anniversary of her debut this year. During a recent interview, Park said one of her goals is to perform overseas. [PARK JI YOON CREATIVE]

It’s been 16 years since Park Ji-yoon became a star through her salacious dance track “Coming-of-Age Ceremony.”

Wearing a backless dress with long slits on both sides, the singer - who was 18 at the time - cooed in her video: “I know what you want… I am not the little girl you used to know anymore. I am a woman now.”

It was an instant hit, and Park was named the latest success created by JYP Entertainment.

But the singer soon realized success always comes with a price.

“I stayed at JYP Entertainment for four years from 2000. Before joining JYP, I released three albums since my debut in 1997,” said Park who recently released a new digital single titled “O.”

“But the song was so popular that people only thought of me as that singer of ‘Coming-of-Age Ceremony.’ The song’s popularity gave me a hard time because it labeled me as that kind of girl who is embroiled in many [sexual] rumors,” Park continued.

“I thought to myself, ‘Is this job really shallow?’”

After leaving JYP, Park took some time to discover herself and, in her own way, come of age.

“I decided not to base my identity around my popularity because I didn’t want to collapse when my popularity wanes. And then I began to find things that I can do such as take photos and make music again.”

After a long hiatus from the music industry, Park released her seventh album, titled “Flower, Again for the First Time,” in 2009. The singer once tried to resume her singing career by signing a deal with Mystic Entertainment, a music agency run by singer-songwriter Yoon Jong-shin, in 2013, but she found she didn’t fit with the company.

And so Park, who celebrates the 20th anniversary of her debut this year, began life as an independent musician. She wrote, composed and produced her newest single album, “O,” which has two mostly acoustic tracks. Even her voice is softened, with Park singing barely above a whisper.

Instead of getting help from a manager and a music label, she does most of that work herself. She even wrote the press release promoting the album, and on the day of an interview with the JoongAng Ilbo, an affiliate of the Korea JoongAng Daily, the 34-year-old singer drove herself to the location in Gangnam District, southern Seoul.

She also used a photo she had taken herself as the album’s cover - a black-and-white image of a water slide - rather than showing her face.

“I didn’t really know whether my music would be taken seriously or not if I used an image of myself, a singer who used to be popular in the past,” she said. “But I will make my own way, no matter how hard the challenges are.”

Park said she wishes to make “timeless” music that will still be considered good many years from now.