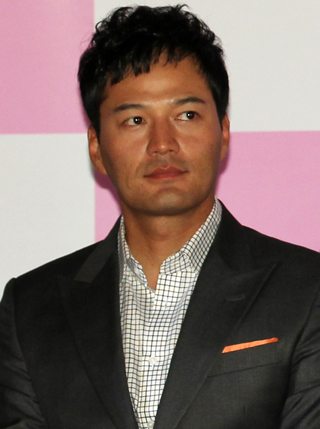 Actor Kim Sung-min, 43, who attempted to commit suicide after a fight with his wife, Lee Han-na, was found unconscious in his house by the police on Friday and sent to a nearby hospital, where he is in a critical condition.

The Seocho police went to Kim’s house in Seocho District at around 1:15 a.m. after receiving a report from Kim’s son that Kim was hitting his wife.

But Lee, 47, said that the fight was trivial and refused to file a complaint. According to police, she asked police to return to their office.

Afterwards, Lee and her son left the house with police and went to a nearby relative’s home.

Lee called the police a few minutes later and asked them to check on her husband, as she recalled him saying often that he would kill himself.

The police went to Kim’s house again at 1:55 a.m. and found Kim hanging unconscious in the bathroom. Police immediately sent the unconscious Kim to a nearby hospital.

Kim was in critical condition when he arrived at St. Mary’s Hospital at 2:24 a.m. and was sent to the intensive care unit (ICU). Kim is in a coma and is breathing.

“Kim is in critical condition and has to depend on a respirator to breath,” said police. “The doctor said that there’s little chance Kim’s condition will improve.”

Kim rose to fame after starring in the popular drama “Miss Mermaid (2002-2003),” which recorded a viewer rating of over 40 percent.

His fame steadily rose as he appeared in other popular dramas such as “Couple or Trouble (2006)” and reality programs like “Qualifications of Men (2009-2013).”

His popularity and reputation, however, plummeted in 2011 when he was sentenced to two years and six months in prison and four years of probation for smuggling and injecting methamphetamines.

Methamphetamines, also commonly known as meth, or as philopon in Korea, is a highly addictive stimulant that takes the form of a white, odorless, bitter-tasting crystalline powder that easily dissolves in water or alcohol.

Kim sought to save his career by appearing on dramas during his probation period, including “Can We Get Married (2012-2013)” and “Three Musketeers (2014).”

But his efforts came to no avail when in March 2015 he was once again arrested for using methamphetamines.

The news came as a shock to the public given that this was right after Kim married his wife, a dentist, in 2013.

Kim was imprisoned for 10 months and was released in January.