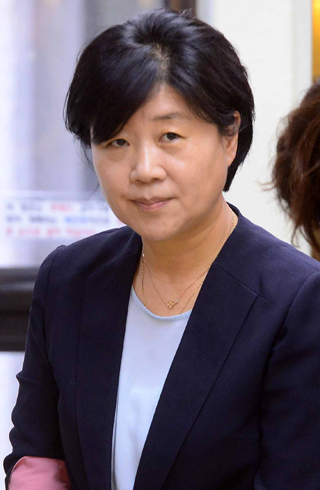 As the National Assembly found itself besmeared with scandals only weeks into its 20th term, the Saenuri Party presented a plan Thursday to surrender many prerogatives of lawmakers.

The interim leadership of the ruling Saenuri Party approved Thursday a reform plan that dilutes lawmakers’ immunity from arrest and strengthens the power of the National Assembly’s Special Committee on Ethics.

The party will push for revisions to the National Assembly Act to bring about the planned changes.

Currently, a Korean lawmaker is protected from being taken into custody during a legislative session, unless a motion to allow the arrest is passed by the National Assembly. The motion is automatically discarded if it is not voted on within 72 hours of its introduction to the main session.

Under the proposed change, a vote on the arrest motion will automatically take place.

Currently, a lawmaker does not need to attend a warrant hearing on a criminal charge when the National Assembly is in session.

Under the proposed change a lawmaker will lose that protection. Any lawmaker who refuses to do so will face punishment by the National Assembly’s Special Committee on Ethics.

The ruling party also wants to create a fixed legislative calendar by opening a session on the first day of the month and holding voting sessions every Thursday. As of now, legislative schedules are decided in negotiations among major parties.

The Saenuri Party also planned to introduce an official ban on lawmakers from hiring relatives in their offices.

“It is extremely regretful that our party had an embarrassing case, and I offer a sincere apology to the public,” Rep. Park Myung-jae, secretary general of the party, said Thursday after announcing the reform plan.

Rep. Seo Young-kyo of the main opposition Minjoo Party and Rep. Park In-sook of the Saenuri Party faced criticism for hiring relatives as aides and interns in their offices.

It is not illegal to hire relatives, and politicians in the past preferred hiring them to maintain the secrecy of their activities and fund-raising.

Rep. Choi Kyung-kwan of the Saenuri Party, a former deputy prime minister for the economy, hired his brother-in-law as a senior aide during the 18th and 19th National Assembly.

Former Saenuri Rep. Song Kwang-ho hired his daughter as a secretary during the 19th National Assembly.

Rep. An Ho-young of the Minjoo Party hired his relative as a senior aide but fired him on Wednesday after controversy arose.

The Saenuri Party also proposed a plan to bar lawmakers from collecting political funds from their aides, including taking a portion of their salaries. The practice is considered a scourge in the legislature.

The National Election Commission said Lee took some of the salaries of his aides from July 2011 to December 2015.

Rep. Seo of the Minjoo Party, criticized for having hired her family members in her office, was also accused of receiving 5 million won in political donations from each aide every year. The amount is the maximum contribution allowed by law.

The Saenuri leadership also decided on a salary freeze of lawmakers during the 20th National Assembly.

“If necessary, we can sponsor a bill as the party’s official opinion,” said Park, the Saenuri Party’s secretary general. “To this end, we need to hold a lawmakers’ assembly. If the salary issue is protested by all lawmakers, it may not be realized, but we still need to listen to their opinions.”

The general assembly of Saenuri lawmakers will take place next week.

Over the past decade, lawmakers raised their own salaries by about 37 percent. In 2006, a lawmaker’s salary was about 100 million won, but this year’s salary is 137 million won.

It remains to be seen if the reform measures will actually be adopted. Similar measures were proposed and pushed forward by reformists in the party during the 19th National Assembly, but failed to be submitted as bills due to fellow lawmakers’ resistance.

Several proposals to ban lawmakers from hiring relatives were also pushed during the 19th National Assembly from both ruling and opposition parties, but none of them actually made it to a voting session.

After the 20th National Assembly was launched in May, some bills to surrender lawmakers’ prerogatives were already filed.

The Peoples Party, the third-largest political group, sponsored a bill on Wednesday to prevent lawmakers from hiring relatives closer than cousins.

Under Won’s proposal, if a lawmaker skips more than one-fourth of standing committee sessions and voting sessions without a valid reason, he or she will not be able to receive any attendance fee from the salary.

Won also proposed forming an outside experts panel to decide lawmakers’ salaries in order to end the practice in which representatives decide their own salaries.

Last month, he also proposed a bill to curb the immunity against arrest.