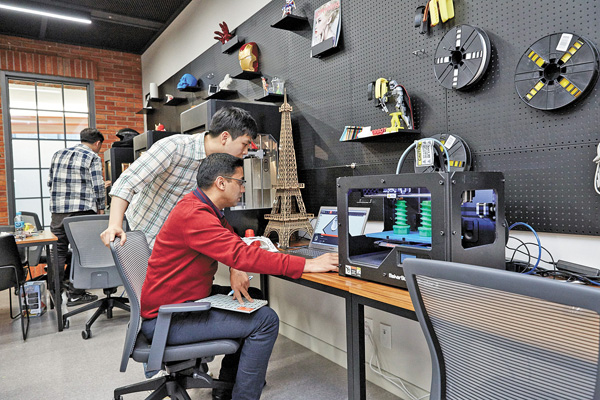 “Intelligence, Innovation, Change, Creation.” These are the values that startup companies, large enterprises, the government and just about any organization aspire to embody. So we are always interested to see who is succeeding at this. Since 2010, the MIT Technology Review has published its “50 Smartest Companies” list.

The list includes companies that are “overturning technology markets,” based on analyses and observations of at least 12 months. Companies that created new business models or introduced new, attractive technologies to the market are selected, and quantitative indicators like revenue, net profit or patents are not considered.

Of course, this is not an absolute list. Nevertheless, the list is meaningful. This year, many of the companies that were ranked high last year were replaced. The absence of China’s Xiaomi, which came second last year, is notable.

Last year, Xiomi was described as “maturing beyond the original ‘cut-price Apple’ model with ideas like flash sales over its mobile messaging platform.” But it was not included in this year’s list as it did not bring any new ideas to the smartphone market.

Xiomi’s competitors are also not on list the list. Apple was ranked 16th last year but is not included in this year’s list. Samsung was fourth in 2014 but didn’t make either last year’s or this year’s lists.

This year, Amazon topped the list. “Call out a request and AI-powered Alexa will play your favorite song or order you a pizza,” it said. “And Amazon web services just keep growing.” Baidu is ranked second as “China’s leading search engine is now developing autonomous cars.”
Baidu has launched a research team in Silicon Valley in 2014 and plans to employ more than 100 autonomous-car researchers and engineers this year. Chinese companies like Huawei (10th), Tencent (20th), Didi Chuxing (21st) and Alibaba (24th) are highly ranked on the list. Coupang is the only Korean company on the list.

It is noteworthy that old boys like Microsoft (26th), Bosch (33rd), Nestle (36), IBM (45th), Intel (49th), and Monsanto (50th) are still strong. As I review the list, I found no shortcut or formula for innovation. Can anyone find what Tesla (4th), Huawei and Nestle have in common? They are passionate about solving problems in their given fields. Meanwhile, Koreans may be wasting energy on non-fundamental things. Appellation and attire are only secondary and supplementary to creating a horizontal corporate culture, but what we should aspire to accomplish through such changes is nowhere to be found in Korea.