Tesla S driver is killed while car in autopilot

Tesla S driver is killed while car in autopilot 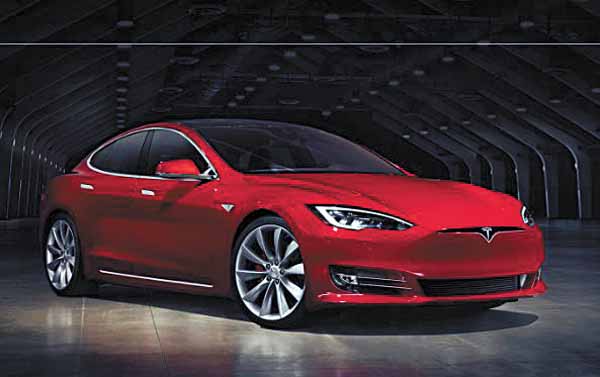 The driver of a Tesla Motors Model S, car shown above, was killed in the automaker’s first fatal autopilot crash. The United States has opened an investigation. [TESLA MOTORS]

U.S. regulators are investigating a fatal accident involving a Tesla Motors sedan that was driving on autopilot, drawing scrutiny to a key technology the electric-vehicle maker is betting on for the future of self-driving cars.

The crash involved a 40-year-old Ohio man who was killed when his 2015 Model S drove under the trailer of an 18-wheeler on a highway near Williston, Florida, according to a Florida Highway Patrol statement. Shares in the automaker fell 2.7 percent to $206.50 in late trading.

The details of the accident are likely to add fuel to the debate over whether self-driving cars are ready for the real world. Autopilot didn’t notice the white side of the tractor trailer against a brightly lit sky, so the brake wasn’t applied, said Tesla, which reported the May 7 incident to National Highway Traffic Safety Administration (NHTSA).

In a blog post, Tesla said that the fatal crash is the first known fatality in more than 130 million miles of Autopilot driving.

If the Autopilot system didn’t recognize the tractor trailer, then Tesla will have to recall the cars to fix the flaw, said Clarence Ditlow, executive director of the Center for Auto Safety, an advocacy group in Washington. Ditlow said that Tesla’s Autopilot system needs to be able to recognize all possible road conditions.

“That’s a clear-cut defect and there should be a recall,” Ditlow said. “When you put Autopilot in a vehicle, you’re telling people to trust the system even if there is lawyerly warning to keep your hands on the wheel.”

Tesla said in the post on Thursday that it requires specific knowledge from the vehicle owner that Autopilot “is new technology and still in public beta phase” before it will enable the system. No other automaker sells unproven technology to customers, said Eric Noble, president of CarLab, a consulting firm in Orange, California.

Just in the last month, the NHTSA asked the youngest and smallest publicly traded U.S. automaker for information about its suspension systems following a report by the Daily Kanban blog. The government characterized the inquiry as a routine data collection, and Tesla insisted there’s no safety defect.

Tesla has always prided itself on its safety record. In August 2013, the Model S sedan was awarded a 5-star safety rating by the NHTSA.

“What we know is that the vehicle was on a divided highway with Autopilot engaged when a tractor trailer drove across the highway perpendicular to the Model S,” Tesla said in the post. “Neither Autopilot nor the driver noticed the white side of the tractor trailer against a brightly lit sky, so the brake was not applied.

The high ride height of the trailer combined with its positioning across the road and the extremely rare circumstances of the impact caused the Model S to pass under the trailer, with the bottom of the trailer impacting the windshield of the Model S.”

News of the investigation comes as the world’s automakers are making increasing forays into self-driving features, technology that is built on the promise of saving lives.

In its statement, the NHTSA said it sent a special crash investigation team to the scene, a step the agency reserves for accidents that represent emerging areas of interest. Bloomberg