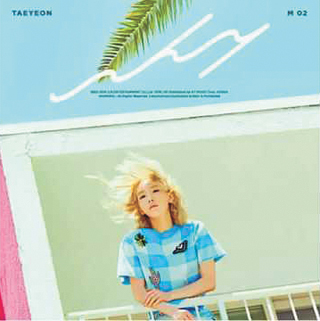 It contains seven tracks including the title song “Why.”

Taeyeon’s successful first album “I” (2015) gave fans a glimpse at her genuine emotions. “Why” offers more of the same in a similarly sincere package.

The title track, produced by LDN Noise, is a refreshing tropical house track.

The other six songs demonstrate Taeyeon’s range, her addictive tone and potential as a vocalist.

Tracks like “Up & Down” and “Starlight,” which feature fellow Girls’ Generation member Hyo-yeon and singer-songwriter Dean, are already gaining a following.

Despite strong showings from hip-hop tracks released on the popular survival audition program “Show Me the Money 5,” Taeyeon’s “Why” and “Starlight” have been top-ranked on several music streaming services.