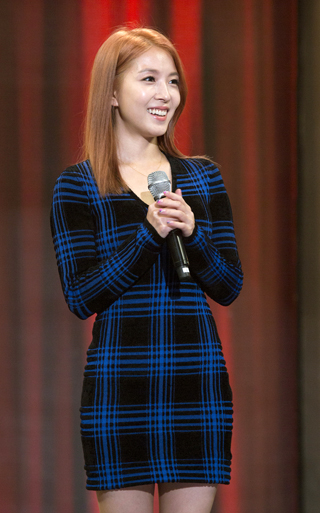 Singer-actress BoA has been confirmed to star in a new JTBC drama series, according to the 29-year-old’s talent agency SM Entertainment on Tuesday.

The upcoming series is tentatively titled “My Wife is Cheating This Week” and will also feature A-list actor Lee Sun-kyun.

It will be BoA’s first drama since “Hope for Dating,” which aired three years ago. The specifics of her new role have not yet been announced.

The drama, which is a remake of a Japanese series of the same name, focuses on Lee, a man who tries to save his family after discovering his wife has been having an affair. He attempts to fix his problems by soliciting help from anonymous people on social media.

The first episode of the series is scheduled to hit the air in the latter part of this year.

Although BoA debuted as a singer in 2000, she has since extended her career to include acting for both film and television.