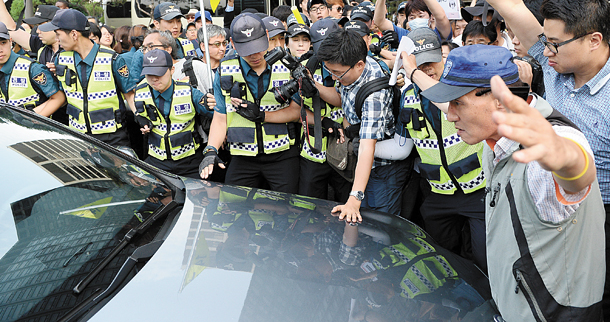 Korean protesters block a car carrying Japanese diplomats from the Millenium Hilton Hotel in Jung District, central Seoul, where the Japanese Embassy hosted a celebration of the 62nd anniversary of Japan’s Self Defense Forces on Tuesday, while Korean policemen prevent violence. A similar celebration in 2014 was cancelled due to opposition from Korean civic groups. Last year, the annual event was held inside the Japanese ambassador’s residence. [NEWSIS]