The unprecedented success of Pokemon Go has pulled up related stocks in the market, bestowing many industries with economic momentum that Japanese media outlet Nihon Keizai Shimbun dubbed “Pokemonomics,” a play on Japanese Prime Minister Shinzo Abe’s policy of “Abenomics.”

The company owns 32 percent of The Pokemon Company’s shares.

JP Morgan’s Haruka Mori estimates that more than 50 million units of the device will be sold, boosting Nintendo’s yearly profit to some 25 billion yen ($237 million).

With this prospect in sight, related stocks have increased dramatically. Between July 6, the game’s release date, and July 12, shares of Nintendo itself skyrocketed 59 percent.

Shares of Japanese conglomerate Sanoyas Holdings jumped by some 30 percent on Tuesday compared to the previous trading day. Its affiliate, Sanoyas Interaction, opened an educational entertainment venue called Pokemon EXPO Gym last November. In this facility, visitors can play and even talk with characters like Pikachu in an augmented reality universe. 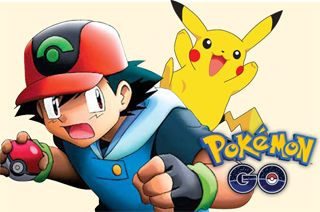 The influence has reached even seemingly unrelated industries. The value of Japanese shoemaker Achilles rose by 7 percent on the expectation that people will head outside more to catch the virtual monsters that appear in the augmented reality (AR) game.

The so-called Pokemonomics effect is not limited to Japan. Major indices across Asia saw increases in AR company stocks.

China’s GQY, which has invested in an American AR tech company, was up 10 percent. Major Taiwanese smartphone maker HTC, which has been focusing on similar virtual reality, also advanced.

And because the game uses smartphone camera lens, producers like Sunny Optical also saw a boost.

While many might believe Nintendo and The Pokemon Company are the big winners of this phenomenon, the companies with the most to gain may actually be Google and Apple. 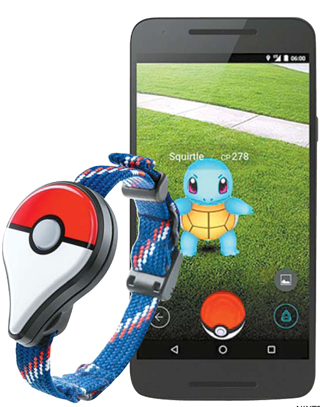 That’s because the game was developed by a Google-incubated start-up, Niantic Labs, based on data from Google Maps. Niantic CEO John Hanke himself was a vice president for Google’s geo services line.

The game is also available via Google Play, another source of income for the American IT giant. A 30 percent fee is provided to Google each time a user downloads the app.

When coupled with the Niantic that Google owns, the company can take a great chunk from the pie.

According to data released by The Pokemon Company, the total global market size of the brand is more than $45.85 billion. There are 400 brand licensees across the world.