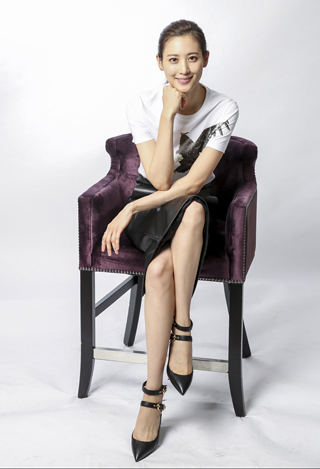 Actress Soo-hyun will star in “The Dark Tower,” a new Hollywood film based on the novels of Stephen King, her talent agency Echo Global Group reported Friday.

Soo-hyun, who also goes by Claudia Kim, will work alongside A-list actors like Matthew McConaughey and Idris Elba.

The fantasy flick revolves around the journey of a knight that tries to save a decaying world, primarily using a pair of revolvers.
The film is scheduled to hit theaters in February 2017.

Soo-hyun has previously starred in several Hollywood films, including “The Avengers: Age of Ultron” (2015) and “Equals” (2015).

The actress has already taken part in shooting for the new film. She has been traveling between Cape Town, South Africa, and Seoul so that she can simultaneously shoot the Korean drama “Monster” that is currently airing on MBC.

Soo-hyun debuted as a model in 2005 and went on to appear in several dramas and movies, but her career has particularly taken off after her role in last year’s “Avengers” film.