Thaad has crossed the Rubicon

Thaad has crossed the Rubicon 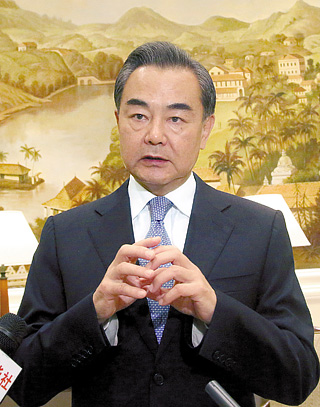 China has strictly maintained its principle of making no concessions or compromises when it comes to core national interests. These are, namely, its independence and the preservation of its territory. Based on the principle of One China, Beijing pushed Taiwan out of the United Nations in 1971 and has been trying to keep countries with ties to it away. Claiming that Tibet is a part of its territory, Beijing protests every time American and European leaders meet with Tibetan leader Dalai Lama.

Recently, the Permanent Court of Arbitration at The Hague ruled in favor of the Philippines in the South China Sea dispute. China protested vehemently. Chinese President Xi Jinping argued that the facts — “Islands in the South China Sea are Chinese territory” — are not affected by the court’s decision. He made it clear that there would be no concession or compromises for this core interest.

China’s stubborn attitude may have a negative impact on the nation’s image and reputation in the international community, but Beijing is willing to absorb the damage to protect its maritime hegemony. Behind the arrogance is a national strength that has become so powerful that even the United States cannot take it lightly.

Ever since South Korea and the United States announced the plan to deploy the Terminal high altitude area defense (Thaad) battery in Seongju County, North Gyeongsang, on July 8, China has been expressing its discontent in various ways. Rather than addressing North Korea’s missile and nuclear provocations — which are the prime reasons for the Thaad deployment — China is picking on South Korea. The Global Times, a Chinese daily newspaper, argued that China should stop trading with Seongju and products from the county should not be welcomed in the Chinese market. It mentioned the county’s melons, which make up 70 percent of national production. It seems that the newspaper aims to cause discord in Korea.

Is China really afraid of Thaad when it is the third largest nuclear power in the world? It seems to have the more strategic intention of checking the Korea-U.S. alliance. China has emerged as a hegemon in the region. Beijing is forcing Seoul to choose between the United States and China.

The problem is Korea’s attitude. Security cannot be earned for free. Korea should be determined to pay the price and make sacrifices. If Thaad is truly a matter of life and death for the nation, it cannot be an object of diplomatic negotiation and should be pursued no matter what China says. We must make clear that China cannot interfere in our domestic affairs unjustly. If we have internal division over Thaad, both China and North Korea will laugh.

Thaad has crossed the Rubicon. President Park Geun-hye and the government are left with the tasks of persuading the residents of Seongju and calming the discontent of Korea’s neighbors.


*The author is a local news editor of the JoongAng Ilbo.