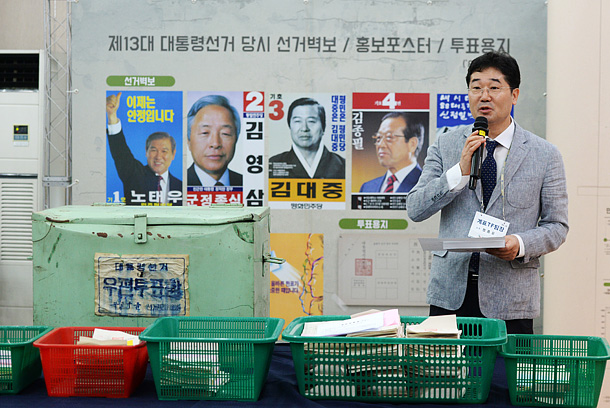 An official from the National Election Commission announces that former President Roh Tae-woo had won 3,133 of the 4,325 absentee ballots (72.4 percent) in Korea’s 13th presidential election in 1987, when the votes weren’t counted due to a major rigging scandal that led to the apprehension of some 200 protestors. The controversial ballot box was never opened until Thursday, when the Korean Political Science Association asked the election authority to hand over the ballots. [NEWSIS]