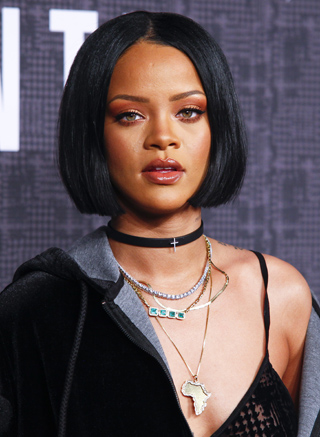 Rihanna is checking into the final season of “Bates Motel” as Marion Crane.

The cast and crew of the A&E drama announced at Comic-Con that the singer-actress will join them to portray the role originated by Janet Leigh in the original film version of “Psycho.”

“Let me tell you what a bad bitch is about to do,” Rihanna said in a video played during the “Bates Motel” panel. “I’m about to check into the Bates Motel very soon.”

“Bates Motel” executive producers Kerry Ehrin and Carlton Cuse were at the convention with cast members to discuss the show’s upcoming fifth and final season.

Cuse said he and Ehrin heard Rihanna was a fan of the psychological series and called her casting the “perfect collision of creativity and fate.” The modern-day “Psycho” prequel debuted in 2013 and features Highmore and Farmiga as Norma and Norman Bates operating the motel in the coastal town of White Pine Bay, Oregon.

While best known for songs such as “Umbrella” and “Work,” Rihanna’s previous acting credits include the board game adaptation “Battleship” and the apocalypse comedy “This is the End.” AP