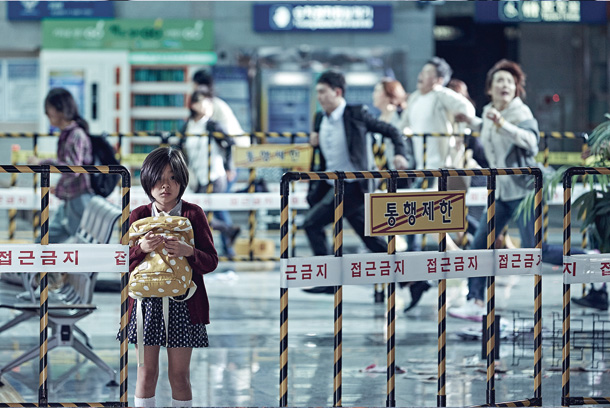 “Train to Busan,” the first big-budget Korean zombie movie, was the top opener at the local box office over the weekend and also set several records. [NEW]

It was the top opener at the local box office over the weekend with 3.2 million tickets sold across 1,785 screens nationwide, and it became the first Korean film to sell 5 million tickets within five days of its release.

The previous record was held by “Roaring Currents” (2014), which sold 5 million tickets within six days.

The film, which depicts a group of people fighting to survive aboard a train to the southern port city, accounted for 74.7 percent of the weekend’s ticket sales.

“Train to Busan” had come under fire for selling tickets to previews before its official release. The tactic helps drum up audience interest and increase the number of screens eventually allocated for a film’s release, but has been criticized for denying smaller local projects the chance to succeed.

Hollywood heist film “Now You See Me 2,” which had also sold preview tickets, came in second over the weekend.

Animated features also did well, particularly as most schools around the nation have begun their summer vacations.

Korean films “Seondal: The Man who Sells the River,” in its third week, and “Familyhood,” in its fourth week, came in sixth and 10th, respectively.

The event, Korea’s only genre film festival, opened July 21 and runs through Sunday.