Foreign monk denounces Jogye Order: Korean Buddhism is unjust and too focused on money, he wrote

Foreign monk denounces Jogye Order: Korean Buddhism is unjust and too focused on money, he wrote 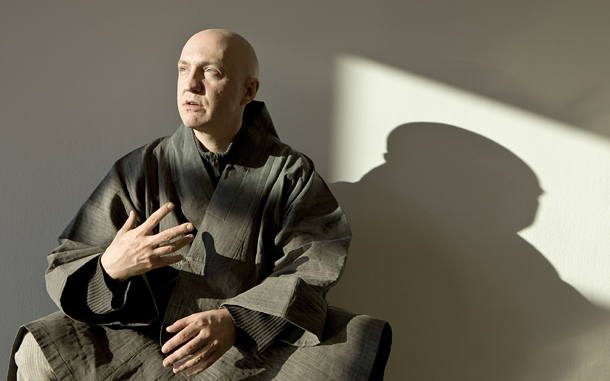 Ven. Hyon Gak, a Harvard-educated monk who has been with the Jogye Order of Korean Buddhism for 25 years, recently announced he will leave the Korean Buddhist scene and denounced the sect for being discriminatory and overly focused on money. [JOONGANG ILBO]

After a U.S.-born Buddhist monk slammed Korean Buddhism in a recent Facebook post, netizens have joined in to deplore just how far the religious sect has strayed from its teachings.

Ven. Hyon Gak, a Harvard-educated monk who has been with the Jogye Order of Korean Buddhism for 25 years, wrote on his Facebook wall on July 27 that “foreign monks in Korea are a mere decoration for the Jogye Order,” referring to Korea’s largest Buddhist sect.

Writing in Korean, he noted that Ven. Seung Sahn (1927-2004) “45 years ago opened Korean Buddhism’s door” to 100 foreign believers, and the Seon Buddhist system “allowed anybody to examine their true selves.”

He went on to say that he will cut ties with Korean Buddhism and that he has been discouraging other foreign believers from coming to Korea, especially female ones, as Korean Buddhism scene is highly discriminatory and hierarchical.

Many Korean netizens have expressed regret over Hyun Gak’s decision to leave and spoke out against where they feel Korean Buddhism is headed.

“It’s not just foreign believers that are a decoration,” one netizen wrote. “Anyone who’s not in the mainstream faction is.”

Another netizen said “I agree with every word Ven. Hyon Gak said. Korean Buddhism is full of worldly greed.”

A representative of the Jogye Order told a Korean broadcaster that they are “looking into Hyon Gak’s arguments,” and that because it’s a personal message on social media they are discussing how best to respond.

Ven. Hyon Gak is currently known to be overseas and the Korea JoongAng Daily was not able to reach him, but in an April interview with the JoongAng Ilbo he did say a few foreign believers have already left abruptly.

He said in the interview that in order for foreigners to become monks with the Jogye Order, they must be trained and pass tests that are entirely in Korean.

But since the temple training lasts all day long, they have no time to learn the language.

He criticized Jogye Order as being near-sighted, saying that foreign believers are crucial for Korean Buddhism to be known abroad, something that the Jogye Order has been recently trying to achieve.

Meanwhile, according to the financial report the Jogye Order unveiled in April regarding four temples it operates directly, Bongeun Temple (or Bongeunsa Temple) in southern Seoul recorded 21 billion won ($18.7 million) in revenue in 2015.

Recently, calls have mounted for the Jogye Order to be more transparent with its financial operations in order for the sect to gain the trust of believers and non-believers in the country.