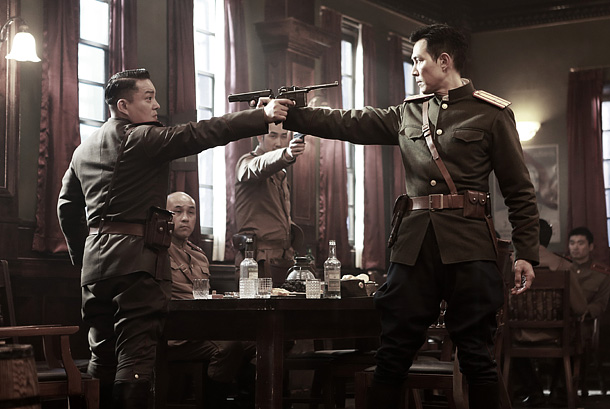 Despite harsh reviews from local critics, Korean war blockbuster “Operation Chromite” successfully landed on the top of the domestic box office over the weekend.

The film is based on the famous Battle of Incheon, in which United Nations and South Korean forces retook the port city of Incheon in 1950 at a time when the peninsula was almost entirely occupied by North Korean troops.

The film sold 1.8 million tickets across 1,047 screens nationwide between Friday and Sunday. It accounted for 36.5 percent of total ticket sales, according to the Korean Film Council on Monday.

Still, the thriller sold 1.5 million tickets over the weekend to hit an accumulated 8.4 million tickets the second week of its release. It is likely to pass more than 10 million tickets sold this upcoming weekend, a feat that just one or two films achieve every year.

The newest in the Bourne series sold one million tickets in four days of its opening, the fastest record set by a foreign film released here so far this year.

Animated features were strong, too.

“Finding Dory,” the sequel to the 2003 hit “Finding Nemo,” ranked fourth, indicating its continuing popularity. The film from Pixar Animation Studios, released July 6, is the oldest among the top 10 by domestic box office.

July and August is the peak season for big-budget blockbusters, but the relatively small films “After the Storm” and “I’m Off Then” ranked ninth and 10th.

“After the Storm” is the newest film by award-winning Japanese filmmaker Hirokazu Koreeda.

“I’m Off Then” is a German comedy that depicts the journey of a man who walks the Camino de Santiago, or the Way of St. James, a well-known pilgrimage route.