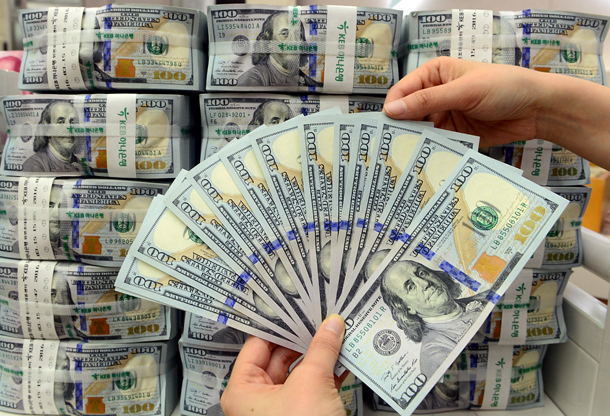 Korea’s foreign exchange reserves increased for the first time in three months on improved returns from investments in foreign assets.

The nation’s foreign reserves reached $371.4 billion, up 0.4 percent, or nearly $1.5 billion, over the previous month, the Bank of Korea said Wednesday.

“We were able to gain profit from the treasury investments while our overall overseas asset management gained profits due to the decline in bond interest rates thanks to the global preference over safer assets,” said a BOK official. Last month, the British pound appreciated 2.2 percent against the U.S. dollar while the Japanese yen declined 1.9 percent and the euro fell 0.4 percent against the greenback.

The country’s reserve position at the International Monetary Fund was the only one that shrank, declining $10 million to $1.8 billion.

Korea’s foreign reserve shrank for four consecutive months between November 2015 and February before bouncing back in March. However, it retreated in May as the depreciation of the U.S. dollar affected the BOK’s yen- and euro-based foreign assets. Brexit, which shook the global market, also sent reserves down.