Hur Jin-ho talks finding muse other than heartbreak: Director says life of the ‘Last Princess’ was too emotional not to tell

Hur Jin-ho talks finding muse other than heartbreak: Director says life of the ‘Last Princess’ was too emotional not to tell 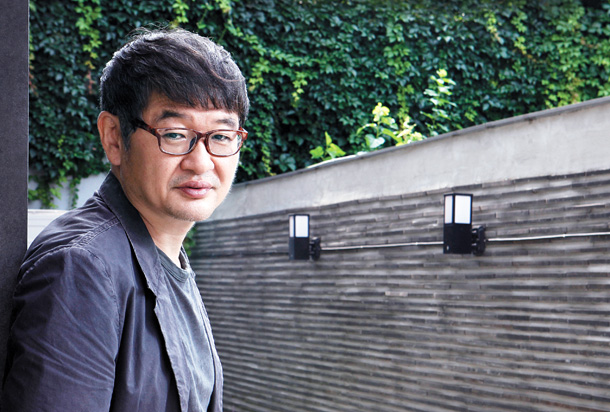 Director Hur Jin-ho has long been interested in the many stages of love, from budding romance to withering heartbreak.

Throughout his films, including his debut “Christmas in August” (1998), “One Fine Spring Day” (2001), “Happiness” (2007) and “Dangerous Liaisons” (2012), he has developed a subtle style of portraying relationships. Rather than being explicit about the emotions of his characters, he steps back and leaves the audience to interpret what’s really going on.

But that focus on heartbreak led some long-time fans to question his latest choice of subject matter: the turbulent life of Princess Deokhye (1912-1989) of the Korean Empire (1897-1910).

The director said he wanted to make a film based on the life of the princess after watching a documentary about her years ago.

“I saw the old footage of Princess Deokhye meeting her court ladies after 38 years at the airport when she finally returned home to Korea. The story is tragic but the story doesn’t end as a simple tragedy because she comes home. I thought the reunion itself is overwhelming,” said Hur during a recent interview with the Korea JoongAng Daily.

Princess Deokhye was forced to leave Korea for Japan at the age of 14 and spent much of her time there under strict surveillance. But after her country regained its sovereignty, the princess still couldn’t return home - Syngman Rhee’s government wouldn’t allow members of the royal family back, fearing they would diminish the new government’s power. She was finally able to return at 51.

“I was also intrigued by the huge popularity of the princess, although there are not that many documents left behind,” he said. “Newspapers back then ran tidbits about the princess such as what outfits she wore.”

The film may not be about love, but Hur’s skill when it comes to creating emotional arcs is evident in the way he flawlessly weaves together the princess’s life, from her carefree childhood to her eventual struggle with schizophrenia.

Here are edited excerpts from the interview with Hur.

Q. Actress Son Ye-jin, who plays the role of Princess Deokhye, told the media during a recent press conference that she cried her eyes out after watching the film, adding that it was the first time she had cried after watching herself on-screen in her 15-year acting career. How did you feel after watching the final version, particularly as it’s your first film in four years?

A. I felt like crying but I didn’t (laughs). You know, I watch the same movie up to hundred times as I edit it. But I know Son cried a lot even when we recorded additional dialogue for some scenes to add final touches. I felt just how deep into the character she was. I showed the semi-final version of the film to a couple of directors I know, and the middle-aged men tried not to cry but eventually bawled. It might be because it’s the personal story of this woman, but it also could have something to do with her life’s connection to Korean history.

When it was reported that Son would portray Princess Deokhye, some critics said the actress was too pretty for the role. Son has played many fragile - but still beautiful - women in the past.

I know she contrasts with the real Princess Deokhye in some ways because Son is considered stylish, chic and pretty, but I needed an actress with a real presence because she has to play the princess at stages of her life ranging from her 20s to 50s. I’ve been watching Son’s films and I knew she could play the character well. When we shot the scene in which Princess Deokhye in her 50s reunites with Kim Jang-han [a long-time friend], she didn’t have to actually be there because the camera only focused on Jang-han, but Son still sat there for hours. Even before that scene, she fasted for a day ahead of filming in order to look fragile and weak.

What part of the princess’ story intrigued you? You’ve only made films about love so far.

People in this drama reunite after many years. They’ve undergone many major changes in their lives before they meet again. When these people finally reconnect after so many years, that reunion itself is overwhelming.

This is the most commercial film you’ve made so far in Korea in terms of scale and budget. Did you ever consider maximizing the romance between Princess Deokhye and Jang-han by inserting a kiss scene?

I thought about it quite a lot, but this film is not all about love. The romance is part of this film, but the film is more about the princess’ dramatic life than the love between the two friends. And I didn’t want to define Jang-han’s journey of finding Princess Deokhye in a fixed way [by inserting a kiss]. He could have tried to find her out of love, but he probably also felt sympathy for her at one point and wanted to help her because of the cause she represents. I wanted Jang-han to have all these mixed feelings for Princess Deokhye.

It’s not always easy to make a film based on historical events. How did you, as one of the co-writers, try to find a balance between fiction and non-fiction?

We couldn’t make the film purely based on true stories because this is not a documentary. There are fictional characters such as Bok-sun [the princess’ nanny] and Jang-han, but I had my own criteria when adding to the real story. Every fictional situation and character needed reasons to exist, and they couldn’t do harm to the flow of the story. And I also tried to weave in some historical events that did actually take place. For example, it is a fact that some independence fighters tried to smuggle Prince Yi Kang [the older brother of Princess Deokhye] and his wife out of Japan and into China to prove that Korea’s annexation by Japan was not voluntary.

You typically tell quieter stories, but we have many extreme dramas these days with too much nudity, too many sex scenes and foul language. Do you feel pressured to tell more sensationalized stories?

In my opinion, this is the most sensational story I’ve ever told. The princess’ life was so dramatic, so the emotions in the film came naturally. Even crew members cried when we shot the scenes at the hospital and the airport. Before the airport scene, the assistant producer explained the background to the senior supporting actors, and everyone burst into tears.

There are some beautiful, short scenes in the film - such as when Princess Deokhye and Jang-han sit face-to-face over steamy potatoes in a wrecked hut - that will remind viewers that you are a master of love stories. Do you plan to tell another one soon?

I’m always attracted to feelings people have when they are in relationships because they are so different from the feelings we have in ordinary situations. I don’t have a specific plan for another love story yet but I hope I can make another film about love.