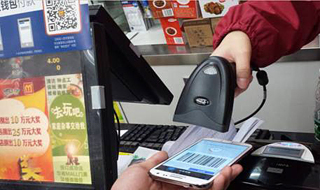 LONDON — Vulnerable communities face the brunt of climate change — from rising sea levels and extreme weather events to prolonged severe droughts and flooding. According to the World Bank, without effective mitigation measures, climate change could push more than 100 million people into poverty by 2030.

To help the most vulnerable communities become more resilient to the effects of climate change, financial institutions should support small and medium-size enterprises. In emerging economies, SMEs account for as much as 45% of employment and up to 33% of GDP — and these numbers are significantly higher when informal SMEs are included.

When an SME builds up its own climate resilience, it can have cascading effects in the community around it.

Unfortunately, SME owners generally have trouble securing bank loans, and instead must turn to informal lending and alternative funding sources to support their businesses. According to the World Bank, 50% of formal SMEs lack access to formal credit, and the total credit gap for both formal and informal SMEs is as high as $2.6 trillion worldwide. While the gap varies considerably among regions, it is particularly wide in Africa and Asia.

Microfinance can close this gap by providing the small loans that SMEs need to get off the ground and thrive. According to the OECD, microfinance institutions, including national foreign-aid agencies, banks, credit unions, and nonprofit organizations, already provide basic financial services to more than 100 million of the world’s enterprising poor, 90% of them women.

The role of microfinance in boosting SMEs’ climate-change resilience needs to be more fully defined. In Africa, Asia, and Latin America, microfinance has enabled SMEs to invest in drought-resistant crops, build better irrigation systems, and purchase climate insurance to protect incomes when crops fail because of too much — or too little — rainfall.

These projects already have a proven track record. According to a review by the OECD, 43% of microfinance activities in Bangladesh in 2010 had strengthened the resilience of communities. These projects include lending programs for weather-resistant housing and drought- and salt-tolerant seeds, and they enhanced climate-change resilience.

In Nepal, microfinance is supporting disaster relief and preparedness, crop diversification, and improved access to irrigation. Microfinance can also help SMEs transition to low-carbon business models, by financing their efforts to adopt renewable energy sources and shift to sustainable production and supply chains.

Microfinance is not the only solution, and it certainly has its critics. To allay concerns about money being poorly spent, microfinance institutions should reward SME owners who use loans to finance climate-change resilience and renewable-energy projects. This need not be an act of corporate social responsibility. In fact, according to the Business and Sustainable Development Commission, which I chair, such an approach is in microfinance institutions’ own self-interest.

GSMA — a trade group that represents hundreds of telecoms operators, and whose director general, Mats Granryd, is a member of the Business Commission — and its members are facilitating microfinance in rural areas. With mobile phones, farmers can quickly find information ranging from seed prices to weather patterns, and have immediate access to the funds they need to complete transactions.

This mobile-enabled information leads to better decision-making, saving the farmers money and boosting their resilience to extreme-weather patterns and droughts. And of course mobile providers benefit as well from operating in an expanded rural market.

There are also opportunities in peer-to-peer lending networks, whereby online services match lenders directly with borrowers. P2P micro-lending platforms such as lendwithcare.org, Lendico, and RainFin have proved popular, and could re-energize the microfinance community and provide wider access to loans for SMEs in developing countries. Financial products like weather derivatives — which insure the harvests and enterprises of SMEs and some of the world’s poorest people — also have potential.

If the world is serious about mitigating the worst effects of climate change, especially its disproportionate impact on vulnerable communities, both the public and private sectors should support efforts to extend microfinancing to SMEs. Those on the front line of protecting lives and livelihoods can’t go it alone.


*The author, a former UN deputy secretary-general and UK Foreign Office minister of state for Africa, is Chair of the Business and Sustainable Development Commission.