Hyundai gives i30 a makeover

Hyundai gives i30 a makeover 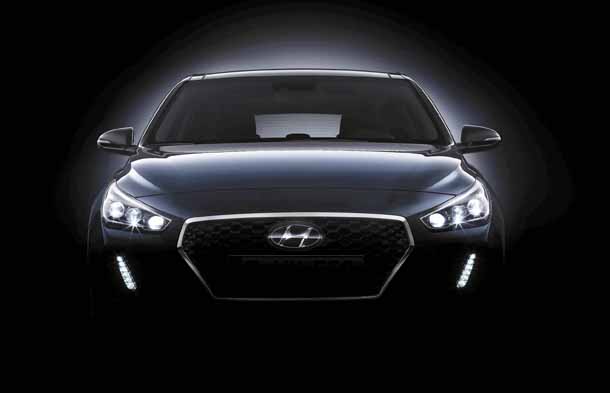 Hyundai Motor gave a sneak peek Thursday of its newest i30 hatchback model, which is expected to invigorate the sagging European market and perhaps help gain followers in Korea as well.

The new model comes with a longer space in the rear for more space for cargo. Hatchbacks have long been considered a minor and unpopular sector in the Korean automotive market because of their emphasis on practicality rather than design, which Korean consumers consider important.

The latest i30, which comes five years after its previous model, however, has gone through a major redesign helmed by Peter Schreyer, a former Audi designer who is now president and chief design officer of Hyundai Motor Group.

“The new i30 is a car for everybody,” said Schreyer in a global teaser video released Thursday.

“The design language is quite simple. When you look at the car’s front, side, outline and rear, it speaks one language: It is a next step to how Hyundai design should be.”

A key change in the i30 vehicle is what’s called a cascading grille, which touts a more streamlined shape which Hyundai says is motivated by the curves of Korea’s traditional ceramics. It tried to add more dimension and curve to the grille compared to its previous signature flatter hexagonal grille.

In terms of functionality, the automaker has strengthened the new model’s powertrain, safety measures and connectivity, a Hyundai spokesperson said.

While the i30 is one of Hyundai’s best-selling cars in Europe and Australia, the model has drastically lost followers in Korea in the past few years.

“The hatchback has long been popular in the European market, but we are trying to catch on the ‘new car effect’ through diverse and active promotion and marketing strategy in the domestic market as well with i30,” said the spokesperson.

Hyundai Motor will release two new cars this half - the i30 and its flagship high-end sedan Grandeur.

The exact price hasn’t been decided but it will be about mid-20 million won ($18,191). It will launch domestically in September, followed shortly by a European debut.