Heating up about the president

Heating up about the president 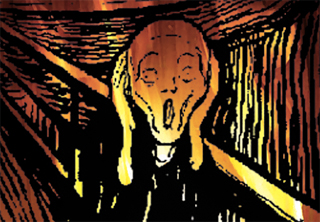 It is just too hot. I was sitting alone at a cafe to dodge the sizzling heat. The national anthem playing on television brought me to tears. Or, I was moved by the tears of the young athlete singing the national anthem on the podium. The intense training at the Taeneung Training Center and the devotion for the Olympics boiled down to the tears. Diminishing testosterone level from growing old is not to be blamed. I was deeply moved by the years of frustrations and sufferings until the Korean athlete dashed towards the world’s top fencer, telling himself, “I can do it.” The young Korean athletes beat thousands of rivals and won medals, and their resolute faces brought pure joy.

Even on the 71st anniversary our country’s liberation, the reality of Korea may be too harsh and heartless. The president said in her Liberation Day address, “We can make it if we have the courage and confidence and work together with a sense of community.” But her words did not move the people. We were not impressed the way we admired wrestler Kim Hyun-woo as he bowed in front of the national flag after winning a bronze medal with a dislocated arm. I was quite appalled by her resolute words, “We are great Koreans” and “We need to rekindle our challenging, pioneering and positive spirit.” The chief executive tried to change a reality filled with self-deprecation, distrust, hatred and pessimism, but her desperate pleas did not have any weight. Thinking back on the three years and six months of the Park Administration, I cannot remember any impressive moments, much less ecstatic or joyful times.

Politics don’t have to be impressive, but we need to share feelings. We need a shared understanding of a new beginning for all of us. But we feel that the expectation for hope has fallen. With no solution or proposal, a sense of despair that Korean society cannot be saved spreads. When the leaders of Korea are hunched in the trench they had dug up, where can we find the leadership to lead the tired soldiers? We can’t expect much from politicians. Since the general election four months ago, what have the lawmakers accomplished? Aside from the People’s Party completing a month-long intensive course on policy, the Saenuri and the Minjoo Party spent the time forming executive committees. Even if they came up with some great policies, emergency measures would be the best we can expect from them. Will the 20th National Assembly bring more chaos? We will be fortunate if they don’t fight over the upcoming presidential election and interfere ascivil society fights to revive the flame of hopes.

Korean bureaucrats are the key axis of economic growth and a group with a clear sense of calling. Corruption and bureaucracy are worldwide phenomenons, but outstanding bureaucrats contributed greatly to Korea’s success. They had a sense of vocation and were eager to make accomplishments. But the bureaucrats in Sejong City today are trapped in isolation and a victim mentality. They no longer have discussions over drinks with old friends and lack the courage to speak up as they are afraid of being reprimanded rather than seeking rewards.

How about the media? The courage of the media to risk indictment to expose the truth has been generally lost. Writing for justice is often tainted with ideological labeling, and as journalists fight against the flood of information, they soon reach the retirement age of 56. Even when the journalists keep their special sensitivity and write acute sentences, they don’t get enough responses. Intellectuals in the universities have gone extinct long ago. As getting tenure becomes increasingly difficult, scholars find it wiser to produce more papers than advise on worldly issues or discuss current events. The age of grand discussion is gone now, and universities are filled with sharpshooters aiming at specific issues. I am in complete agony in this hot summer.

As the backbone of Korea — politicians, bureaucrats, media and universities — goes limp, Korean society is stuck in the triple trap of “low-growth tunnel,” “establishment” and “adherence to the old system.” One million young people are looking for a job. One million people in the mid-50s retire every year. One million Koreans work as a part-time driver. One million small business owners open and close businesses. How can the president have any reverberation if she claims “the miracle of transforming from the poorest country to the sixth largest exporter is our power and pride?” I miss full, refreshing and sincere reform and innovation. I really want to be impressed, but there’s nothing that moves my heart. I must have heat stroke as I want to pick a fight about the president’s address instead of taking it as a motherly encouragement for exhausted soldiers.


*The author is a sociology professor at Seoul National University.