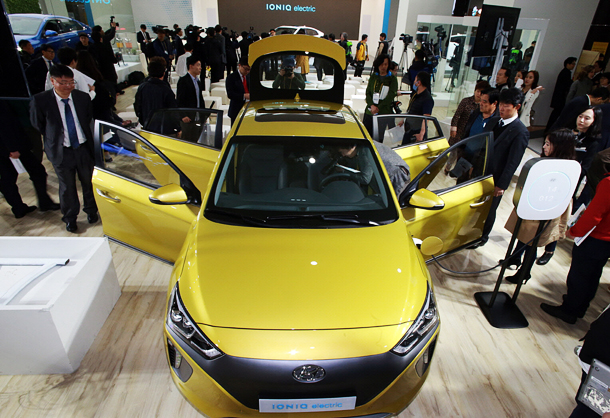 They are looking only at the possibility that a blackout would seriously affect the national economy. The bitter experience of June 2013 contributed to this paranoia. As some nuclear power plants stopped operating and the government failed to predict electricity demand, Korea was on the verge of a blackout.

When electricity demand rises, supply should increase. But the problem is that power generating facilities cannot expand freely. Ninety percent of fuel used for power generation produces pollution. Thirty percent is nuclear, 39.1 percent is coal, 21.4 percent is liquefied natural gas and petroleum is 1.5 percent. Technology development in renewable energy is slow, and the government predicts it would take up about 4.6 percent of total power generation. So increasing power generator facilities takes a long time, due to opposition of local residents. Therefore, the government focuses on controlling the demand rather than expanding the power supply.

However, the government is promoting electric vehicles as environmentally friendly. It is encouraging carmakers to develop related technologies and provide subsidies for electric car buyers. If you look at the electric car itself, it does not produce pollutants. However, to power these vehicles, power plants produce greenhouse gases and even radioactive materials. According to Danish scholar Bjorn Lomborg, author of “The Skeptical Environmentalist,” if the United States increases the number of gasoline cars 10 percent by 2020, 870 people would die from air pollution yearly. But the same increase in electric cars would lead to 1,617 deaths. Electric cars are less efficient than gasoline-powered cars, resulting in more pollution, he argues.

Korea is not ready to expand power generating facilities drastically. Concerned about fine dust is growing and a high-level radioactive waste treatment site has not been chosen. Considering the current rate of increase, the government predicts that they won’t considerably affect the electricity supply. However, demand for high-tech products grows exponentially. Then, we may be on the brink of a blackout. Unless we have a social consensus to expand power generation facilities, we cannot rule out a future electricity crisis.