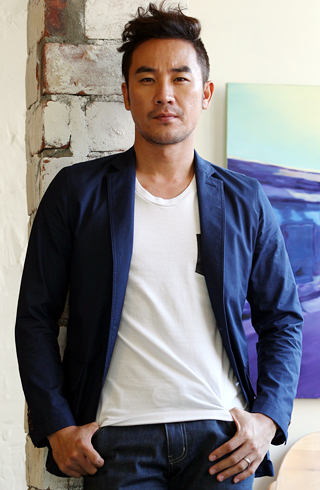 A woman in her 30s has accused actor Uhm Tae-woong of sexual assault, according to police on Tuesday. The alleged victim filed the complaint last month, claiming that Uhm raped her at an unlicensed massage parlor located in Seongnam, Gyeonggi, in January. The woman, who worked at the parlor, said she is not a sex worker.

The police have not yet confirmed what happened between the two, saying they would first summon the woman for investigation and then decide whether or not to summon Uhm. They will also look into why the woman filed the complaint six months after the incident happened.

Keyeast Entertainment, which represents Uhm, was ambiguous about the controversy. “We are currently checking the facts,” it said in a statement. “We have nothing more to say.”

Ilgan Sports, an affiliate of the Korea JoongAng Daily, had a short phone interview with the actor’s wife Yoon Hae-jin after the news was released.

“I won’t take a call right now. I have nothing to say,” the ballet dancer said, sobbing.

Uhm was recently offered a role in a Korean production of the musical “Rocky,” and it remains unknown whether that’s still on the table.