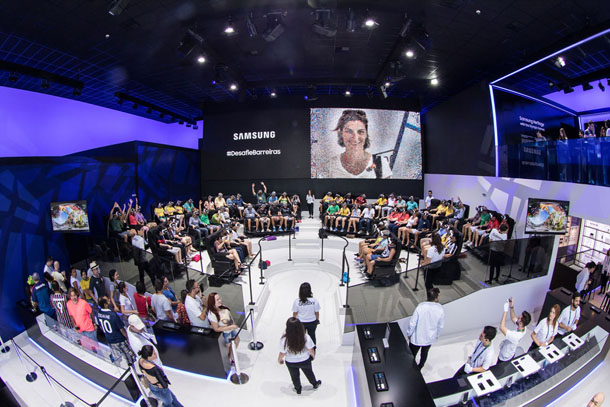 During the Olympics in Rio de Janeiro, some 330,000 visitors went on a 4-D roller coaster ride at Samsung’s Gear VR Station set up inside the Galaxy Studio near the site of the Summer Games. The company, an official sponsor of the Olympics, said its marketing campaign to introduce various high-tech products, including its virtual reality headset, during the international sporting event in Brazil ended successfully. [SAMSUNG ELECTRONICS]