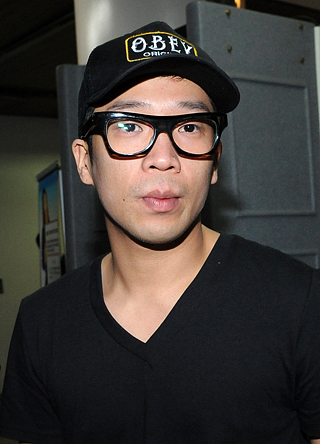 Rapper MC Mong will return to the music industry next month, according to the 36-year-old’s label Dreamt Entertainment on Wednesday.

The rapper will drop a new album early next month, and will shoot two music videos, but appearances on TV remain under discussion.

MC Mong will kick off shooting for his first music video tonight at Rolling Hall in Hongdae, western Seoul. He is planning to invite 200 fans to take part in the event, which will begin at 10 p.m. The first 200 fans that arrive will be able to participate.

The rapper has stayed mostly quiet since his last single, “Aftereffect,” released eight months ago.

Although MC Mong was one of the biggest rappers in the Korean music scene in the 2000s, many turned away from him after he was charged with dodging his mandatory military service.

The rapper was convicted of extracting healthy teeth to evade his duty, starting with his first physical examination for the military in 1998. He deferred six times and had 12 teeth pulled by five dentists.

He was given a one-year suspended jail term, but the Supreme Court acquitted him in 2012, ending a nearly two-year legal process.

Although MC Mong has released several albums and held concerts since the controversy, he hasn’t made many appearances on TV.

Since his debut in 1998, the rapper has released hits like “So Fresh,” “Sick to Death” and “Letter To You.”