Persistence drove Sumi Jo to be the best: The world-famous opera singer reflects on 30 years on stage

Persistence drove Sumi Jo to be the best: The world-famous opera singer reflects on 30 years on stage 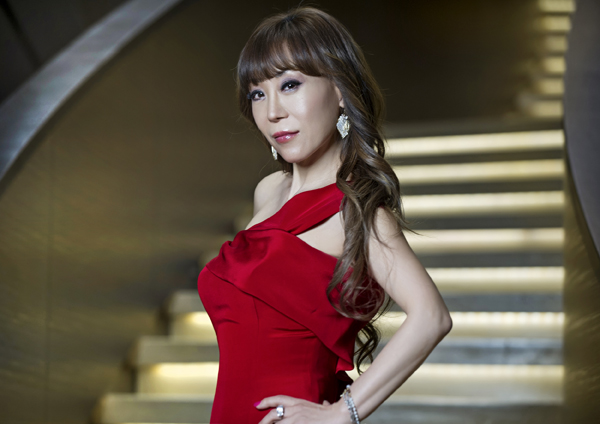 Celebrating her 30-year career, soprano Sumi Jo will be on a domestic tour until September 3. She made her debut as Gilda in Verdi’s “Rigoletto” in 1986. [UNIVERSAL MUSIC]

To commemorate her 30th anniversary, Jo will go on tour across the country from August 25 to September 3.


The performances will take place in Chungju in North Chungcheong, Gunsan in North Jeolla, Seoul, Changwon in South Gyeongsang and Anyang in Gyeonggi. Pianist Jeff Cohen will accompany her throughout the tour.


Since her debut at the Teatro Comunale Giuseppe Verdi in Trieste, Italy in 1986, she has been in the spotlight and has gone on to perform in some of the most famous opera houses throughout the world, including La Scala in Milan.


The conductor Herbert von Karajan (1908-89) once stated that Jo is a soprano who comes only once a century.


In 2000, the soprano ventured into the world of pop music, releasing an album, “Only Love,” that went on the sell over one million copies.


“I have done a lot of work and have accomplished unimaginable achievements,” Jo said in an email interview with the Joongang Ilbo. “I have been so busy that I am probably unaware of how fast time has flied.” 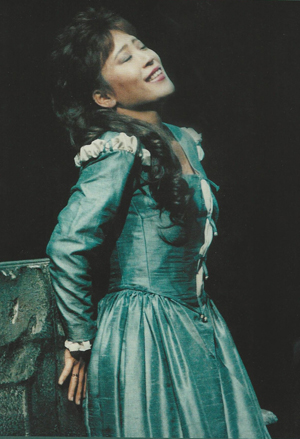 Q. You made a flashy debut in Italy. How was it?

A. On October 26, 1986, I made my debut as Gilda in Verdi’s “Rigoletto.” At the time, it was hard to get a role, not to mention the leading role, if you were not an Italian singer. As an Asian, it was a miracle. I prepared a lot, so I was not very nervous to be on stage. Rather, I was so excited, and wanted to go up there quickly and sing. Also, I remember that there were so many flowers in my dressing room that it felt like a flower garden.

How did you come to play piano at age five?

My father was a salaryman, and our family started off living in a rented house in 1960s. I was their first daughter. When I was young, the old ladies in the neighborhood said that if a child is too clever, he or she will live a short life, so that child should knock on something to escape the ominous fortune. After a long deliberation, my parents decided to give me piano lessons, so I could knock away at the keys. I had absolute pitch so I was able to play and sing songs that I heard on the radio right away.

Also, day and night, my mother listened to songs sung by Maria Callas [a Greek-American soprano] and Renata Tebaldi [an Italian soprano] when she was pregnant with me. Thanks to her, I was able to experience an array for activities such as ballet, figure skating, gayageum [traditional Korean zither] among others.

Why did you go abroad to study?

I entered the College of Music at Seoul National University in 1981. At the time, I was too busy dating my boyfriend, and finished my first year with all Fs. At that time, students were expelled after receiving such low grades. A professor felt bad for me and suggested that I go abroad to study. Because I was too busy playing in college, I determined to take this opportunity to fully concentrate on studying in Italy.

How were your days at the Santa Cecilia Conservatory of Music in Rome?

I was desperate. I had to study hard, and completed a five year course in just two. To better my Italian, I went to the language institute as well. What drove me was meeting my boyfriend again, but he sent me a good-bye letter after three months in Italy. I did not return to Korea for five years.

How did you come into contact with famed conductor Herbert von Karajan?

I believe in fate. During my middle and high school years, I put a photo of Karajan on my desk, who was a principal conductor of the Berlin Philharmonic. After getting familiar with his face for years, when I finally met him for the first time at an audition for the Salzburg Festival in Austria, I was so excited. I touched his hair and saw his blue eyes in front of me. Karajan cared a lot about me. He also advised me to not sing “The Queen of the Night Aria” too often because it is a high-pitched song that could injure my throat. Karajan himself had a hard time too because his mind was always full of music, [according to what he told me].

Isn’t the role of “the queen of the night” popular in the Wolfgang Amadeus Mozart’s opera, “The Magic Flute?”

To me, the role feels unnatural. Even though you practice as much as you can, if you are not in a good condition, it is difficult to digest the role. The stage make-up is another toil. Wearing the flamboyant dress and crown, you have to fly around the stage and act with a wire on. I had to get life insurance to perform that role.

Who do you think is the most memorable singer?

Placido Domingo. He has an open heart in any song in any genre. He finds high-pitched songs difficult but he does his best to find the right pitch and makes it his own. Also, he is so kind to people who work in restaurants.

Who was your hero when young?

I had great respect for veterinarians and missionaries. It seemed honorable to me, helping the poor and taking care of animals that can’t speak. So, for a time, I wanted to be a veterinarian. Because I like dogs and cats so much, I often brought them home to care for them when they lost their owners. Probably due to this tendency, I can’t stand social injustices. I feel reverence for people who fight for justice.

How do you take good care of your health, since you are well known for strict self-management?

I try not to stress out and live a simple life. When I work, I try to avoid trivial matters. I sleep and eat well; I do not smoke or drink and I do not eat fried foods or ice cream.

I often saw you crying on stage while singing Korean songs. Why?

Before the 1988 Seoul Summer Olympics, it was painful and hard to travel around the world with a Korean passport. As a citizen of a small country, I was ignored [by people] whenever crossing borders. Thus, when I sing songs from my country in front of the audience, I become emotional.

What advice do you have for future opera singers?

Nobody will practice for you. Video clips on YouTube are nothing more than reference materials. Don’t rely on those too much. These days, young people try to achieve things very quickly. However, there is no short cut in the world of opera. Just go slowly.

I have many concerts and tours [scheduled]. I try to participate in competitions as a judge and give master classes as well. I also work with disabled children, care for pets, do activities as the Unesco Artist for Peace.

On September 1, in Icheon, Gyeonggi, I will perform at a Unesco charity concert which will collect funds for African children.