Shu Qi and Stephen Fung get married in ‘sudden decision’

Shu Qi and Stephen Fung get married in ‘sudden decision’ 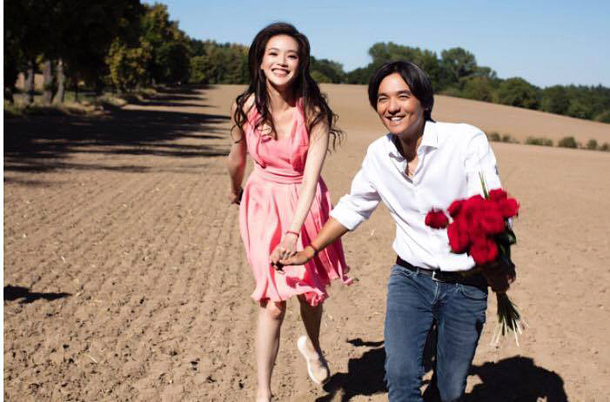 HONG KONG - “The Assassin” star Shu Qi surprised fans and the public by announcing Saturday that she has married Hong Kong actor-director Stephen Fung. Rumors swirled for years that the two were dating, but neither had confirmed their relationship.

Shu posted wedding photos of herself and Feng online, along with a statement that said, “Um, yes, our wedding is that simple. Um, yes, our attire was very casual. Um, yes, our decision was very sudden. ... Oh, yes, we are married.”

The newlyweds did not give details of their nuptials, but said in the statement that there will not be any wedding banquet or parties to celebrate their marriage. The wedding photos, taken in Prague, show Shu in a simple white gown, smiling for photos with Fung, who is wearing a black suit. Other photos were of the couple in casual attire, holding up a sign that read, “Married!”

Fung began acting and singing in Hong Kong in the 1990s and found moderate success. In recent years, he shifted his focus to work behind the scenes. In 2012, he directed the hit Kung Fu film “Tai Chi 0” and its sequel, “Tai Chia Hero.” He’s the executive producer of “Into the Badlands,” a television series showing on AMC.

Shu and Fung met on the set of the romance drama “Bishonen” in 1997 and, according to Saturday’s statement, dated for four years before tying the knot.