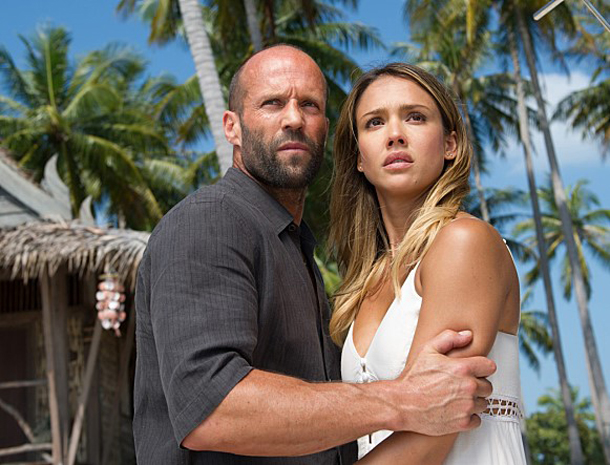 Extending its record streak at the top of the local box office to 26 days, Korean disaster film “Tunnel,” directed by Kim Sung-hoon and starring Ha Jung-woo, is this summer’s runaway hit.

Since “Tunnel” was released on Aug. 10, the flick has sold nearly 7 million tickets.

The popularity of the disaster movie continued throughout this weekend, selling more than 344,000 tickets from Friday to Sunday at 739 screens.

“Tunnel,” which depicts the protagonist Jeong-su (Ha) who becomes trapped in a tunnel after it suddenly collapses, accounted for 23.4 percent of ticket sales, the highest among all the films playing at theaters nationwide. 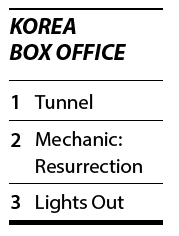 The sequel to the 2011 flick “The Mechanic,” it depicts the protagonist Arthur Bishop (Statham), who wishes to quietly live in Rio de Janeiro, Brazil under a new name, Santos, after putting aside his past deeds. That, however, is interrupted by an unknown evil force that attacks his girlfriend Gina Thorne, (Alba), and demands he commit three assassination missions.

Hollywood horror flick “Lights Out,” featuring Teresa Palmer and Alicia Vela-Bailey, came in third in its second week, selling more than 240,000 tickets over the weekend, with its total number nearing one million.

Hollywood action comedy “Ghostbusters” came in fourth in its second week, and the Korean period film “The Last Princess” slipped to fifth from third.

Although the Korean movie was embroiled in controversy over glorifying royal families of the Daehan Empire (1897-1910) including Princess Deokhye, the movie has sold more than 5.5 million tickets.

Other films playing over the weekend included “Star Trek Beyond,” “The Secret Life of Pets,” “Operation Chromite” and “Equals,” which came in seventh, eighth, ninth and tenth, respectively.