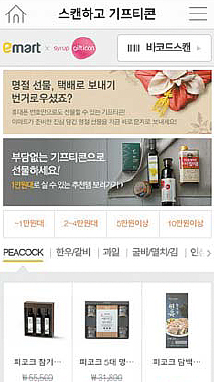 But even this bastion of bygone days is being overwritten by the habits of modernity as gift sets and even the food prepared for the spirits of one’s ancestors are increasingly being purchased online with a simple mouse click.

In fact, the sales of memorial service table sets increased 51 percent year-on-year in the last week of August, according to the e-commerce platform Gmarket, as the holiday is now fast approaching and the memorial service is how Koreans show respect and honor to their ancestors during that time.

This is an increase of 133 percent compared to such sales during this year’s Lunar New Year’s Day, another traditional holiday when memorial services are held.

“The memorial service package cuts down on labor, time and money,” said Park Young-geun, head of the fresh food division at Gmarket.

Chuseok meals must conform to strict guidelines regarding the types of dishes and their arrangement, and they are usually painstakingly prepared by hand.

Meanwhile, the domestic retail company E-Mart launched a service that enables customers to send Chuseok gifts via “gifticons,” which are gift cards sent by smartphones that can be exchanged for actual goods.

Sending gifts to friends and family is another traditional Chuseok and New Year’s Day custom.

E-Mart also has an app that allows people to choose from over 200 different Chuseok gifts and send them simply by inputting the recipient’s phone number. The receiver can then collect the gifts at any nearby E-mart branch.

“We have launched our new service to suit the lifestyle of modern customers,” said Kang Byung-ju, the head of E-Mart’s mobile team, “as they value simplicity, convenience and speed.”