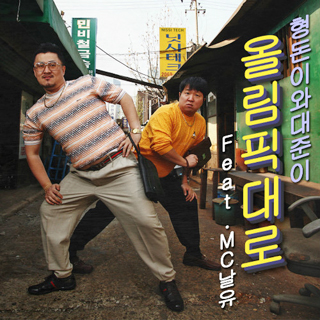 Rapper Defconn, part of the duo, uploaded a teaser image to his Instagram account on Tuesday. He will reunite with his comedian partner Jung Hyung-don.

“It’s been a long time since we greeted you under this moniker,” the rapper wrote in the image caption. “The title of the single is ‘Decision,’ and I apologize in advance since this will not be a funny song.

I also want to mention how thankful I am to IU. She came all this way to feature in our song despite her busy schedule. The song came out very well thanks to her.

The new single marks another activity for Jung as he returns from a one-year hiatus. He will also be busy writing a joint Korean-Chinese web drama and returning as a host on the MBC Every1 variety show “Weekly Idol.”

The comedy hip-hop duo first collaborated in 2012 with the EP “Kangstar Rap Vol. 1,” which was well received.